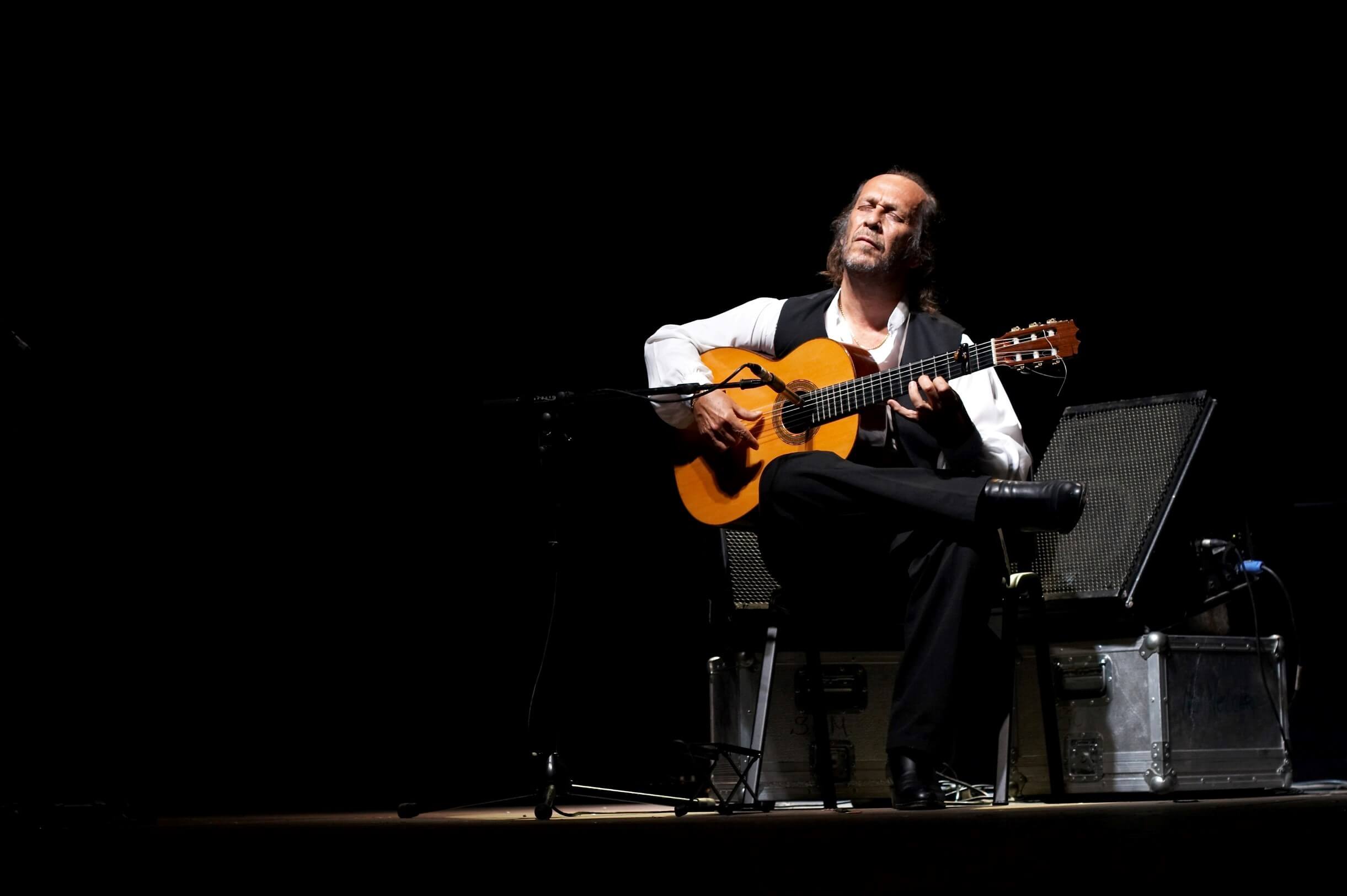 Journey to the childhood of a genius

Who could say to Paco de Lucía, that little child of the post-war period, that the doors of the Royal Theater in Madrid would open for him, that Woody Allen would search for him or that he would innovate flamenco as no one had done before.

He was born in Algeciras in 1947 and his hometown pays tribute to him with a route that runs through the places where he was born, lived during his childhood and places that marked pivotal points in the life of this unique and universal guitarist, Prince of Asturias Award for the Arts recipient and Doctor Honoris Causa by the Berklee College of Music in Boston.

His life - and the path - begins at  Calle San Francisco where he was born and where he lived until the age of five, passing through Calle Munición, then full of bars in which his father played the guitar.  He immortalized it in the album Luzia, with a few alegrías for his mother.

In Calle Munición, the young men of Algeciras organized musical get-togethers that lasted days. An environment that his father didn't like, but that allowed him to earn "some pesetas, wine and tapas;" a supplement that added to the income of the stall that Antonio Sanchez ran in the square.  "Paco de Lucía remembered with dread the morning that as a child he saw his father returning crying because a young man had broken his guitar with a kick during a flamenco jam session.”

Who would imagine then that he would take flamenco onto the international stage, without losing its roots, and would endow it with prestige, and its themes would appear in the works of directors as prestigious as Woody Allen.
The route continues through the historic legislative chamber of the Town Hall, which in 1998 named him a Favorite Son and where in 2014 his funeral chapel was installed.

The Plaza Alta is also on the itinerary, the most emblematic place in Algeciras and to which Paco de Lucía dedicates a soleá on his Almoraima album. During his childhood it was the plaza where the children played and their elders would walk, very close to Calle Muro, also the title of a minera (type of Flamenco rhythm) in the album Siroco (1987).

One could not miss the Abastos Market - "the plaza" for the people of Algeciras - "where Paco's father had a fabric and hardware stall in which his children spent hours practicing their handwriting or learning to do the accounts, while his father sold his wares."

The Chorruelo is another one of the most recognized bulerías by Paco de Lucía, named after the Algeciras beach that was in front of the Reina Cristina, "a luxury hotel - then the most expensive in Spain- where illustrious guests from the American cinema, English politics and the Spanish nobility would stay."
Paco de Lucía, who was a boy, was speechless when his brother Antonio, who worked there, told him stories of this exotic world, so close and at the same time so distant.

Continuing along the coastline toward the Beach of Getares, you arrive at the monument that his native town raised for him, the work of sculptor Nacho Falgueras.

The trajectory of Paco de Lucía "is full of contributions to flamenco. He reached perfection in tuning and rhythm in duet with Camarón. He introduced the Peruvian cajón to flamenco (that will remain forever as an inseparable percussion in tablaos and recitals). He created the flamenco group(…)" And he also merged flamenco with jazz, bossa nova and classical music. A rich and fascinating trajectory, but one he always followed with humility. 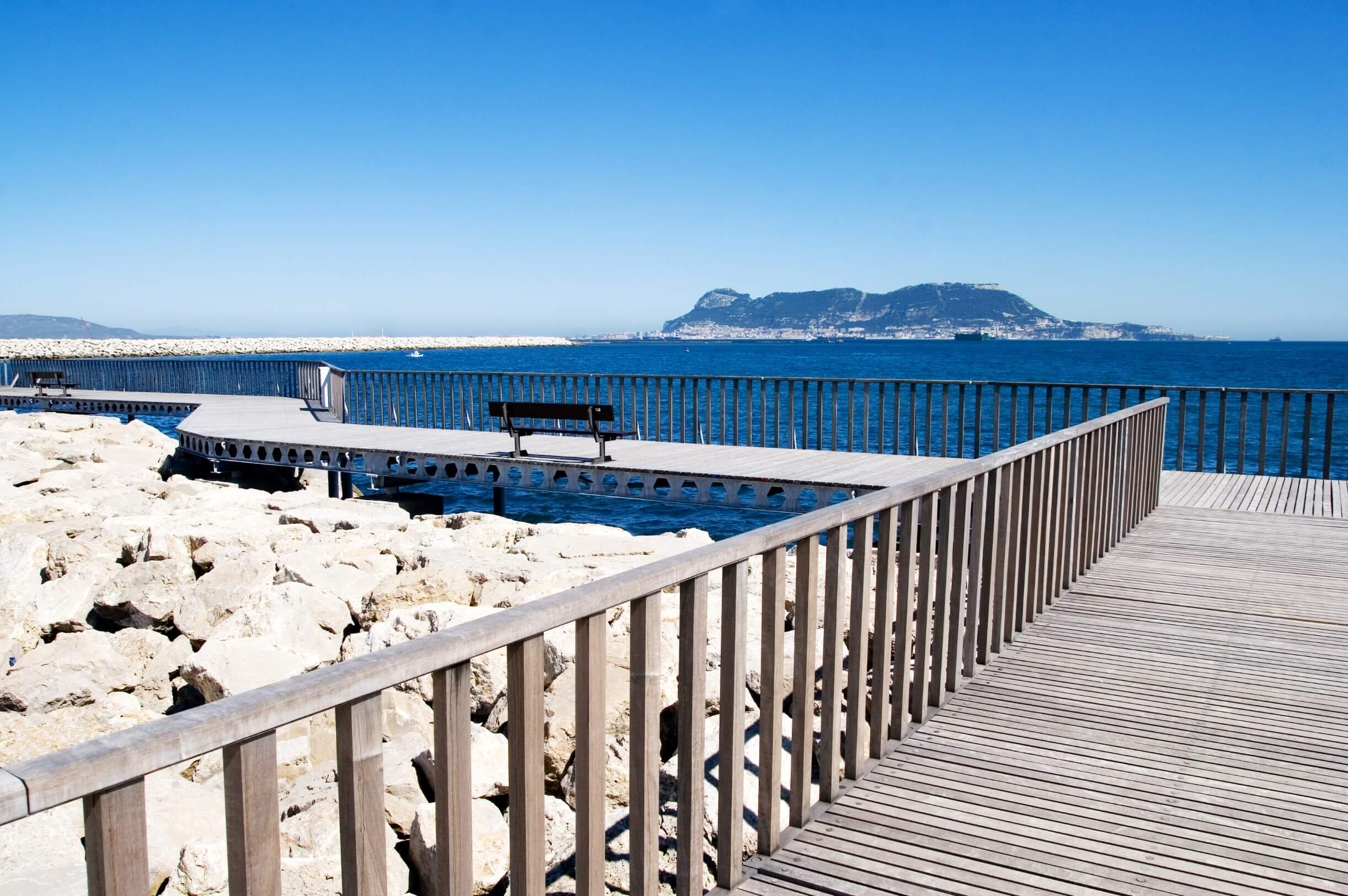 "Punta del Faro" (Lighthouse Point) is another one of the indispensable places to visit; "One can get an idea of how the strength of the landscape could have influenced the work of Paco de Lucía so much. Getares Cove, the old whaling station, the streams that empty into the Bay and, finally, the lighthouse, from which the coasts of north Africa can be seen. To the west is the cold and dangerous Atlantic, route to the New World. To the east, the warm Mediterranean, Greek, Roman…".

The guide explains that "This is what the guitarist was referring to when he composed Entre Dos Aguas in 1973, an improvised tune that became number one in sales in Spain. It brought him closer to the general public and gave him international recognition, encouraging the Royal Theater in Madrid to open its doors to flamenco and to his guitar, in a concert that made history.”
Punta del Faro is also the name of a bulerías that fans consider one of his best songs.

Also next to the sea is another one of the indispensable stops of the "Paco de Lucía” route: Casa Bernardo, title of a rumba and a beach snack bar on Rinconcillo Beach where Paco had his beach house and enjoyed himself with his frie 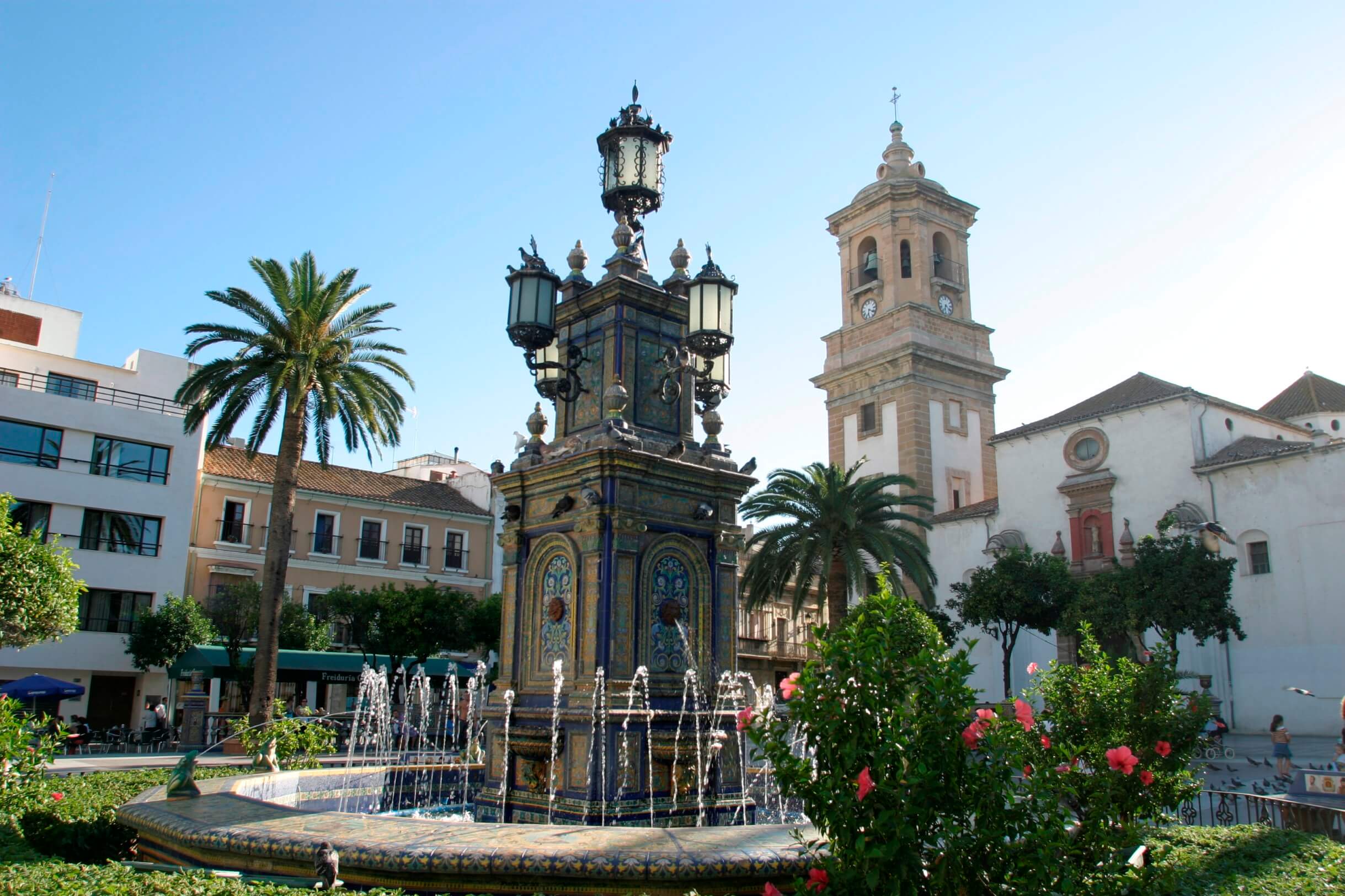 The Río de Miel is born in the Sierra de la Luna and runs through a lush valley of cork trees, alders and ferns. A relic of the original Algeciras, the Green Island, Al-Yazirat al-Hadra.

Rio de la Miel is another of the bulerías included in Luzia, the artist having been delighted by "a green, fresh landscape, dotted with ruins of windmills, the remnants of a Roman road, medieval bridges and large freshwater pools and waterfalls." 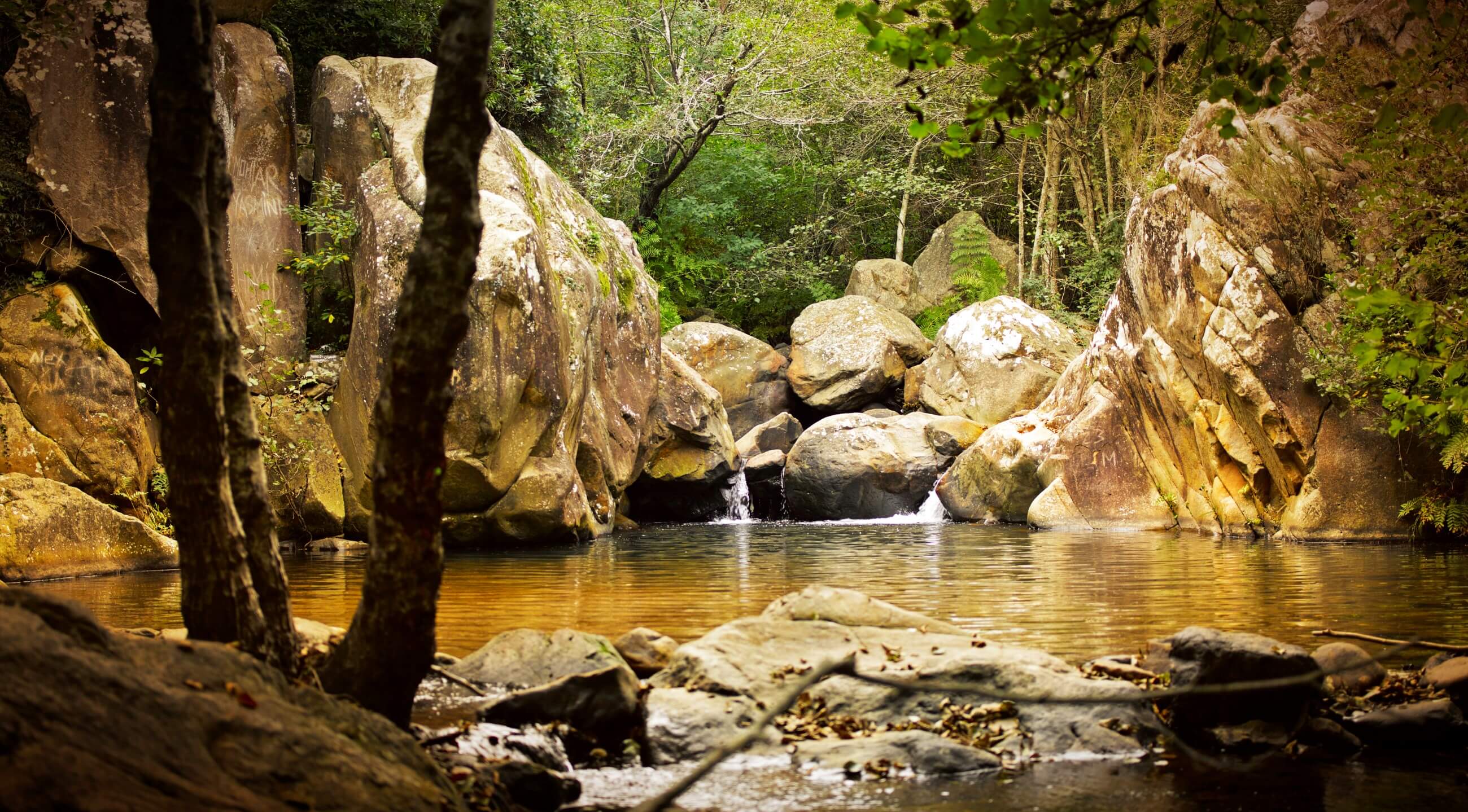 Prince of the Arts

A Prince of Asturias Award for the Arts and two Latin Grammies are some of the recognitions received by the artist, who recorded 37 albums in which can see how his city and experiences served as inspiration throughout his career.

Paco de Lucia rests in the courtyard of San Jose in the old cemetery of Algeciras where there's never a shortage of flowers "from those who were fascinated by his music somewhere in the world."

"La Búsqueda," a film that Curro Sánchez Varela made on his father's life, won a Goya for Best Documentary in 2015 from the Academy of Arts and Sciences of Spain. 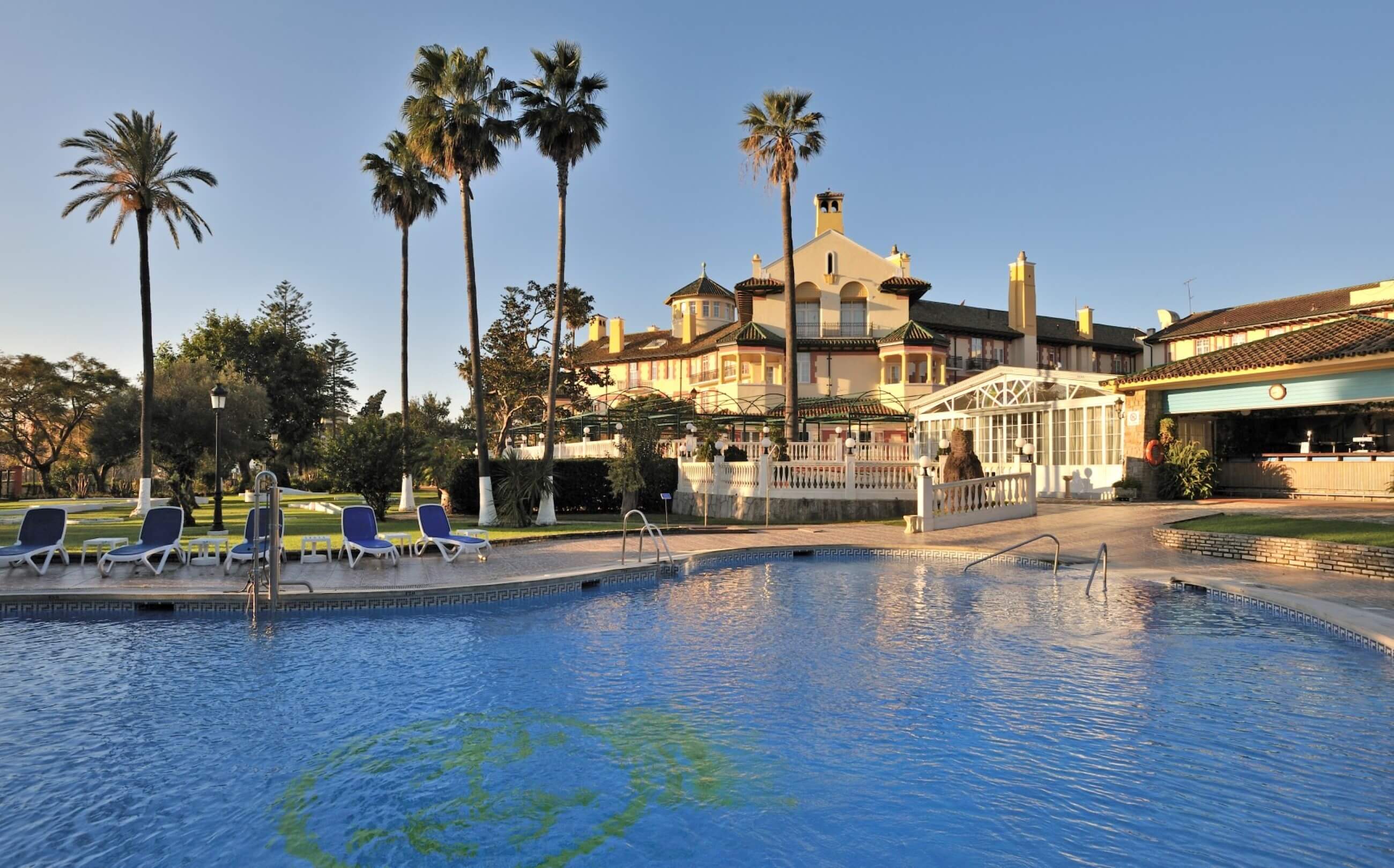