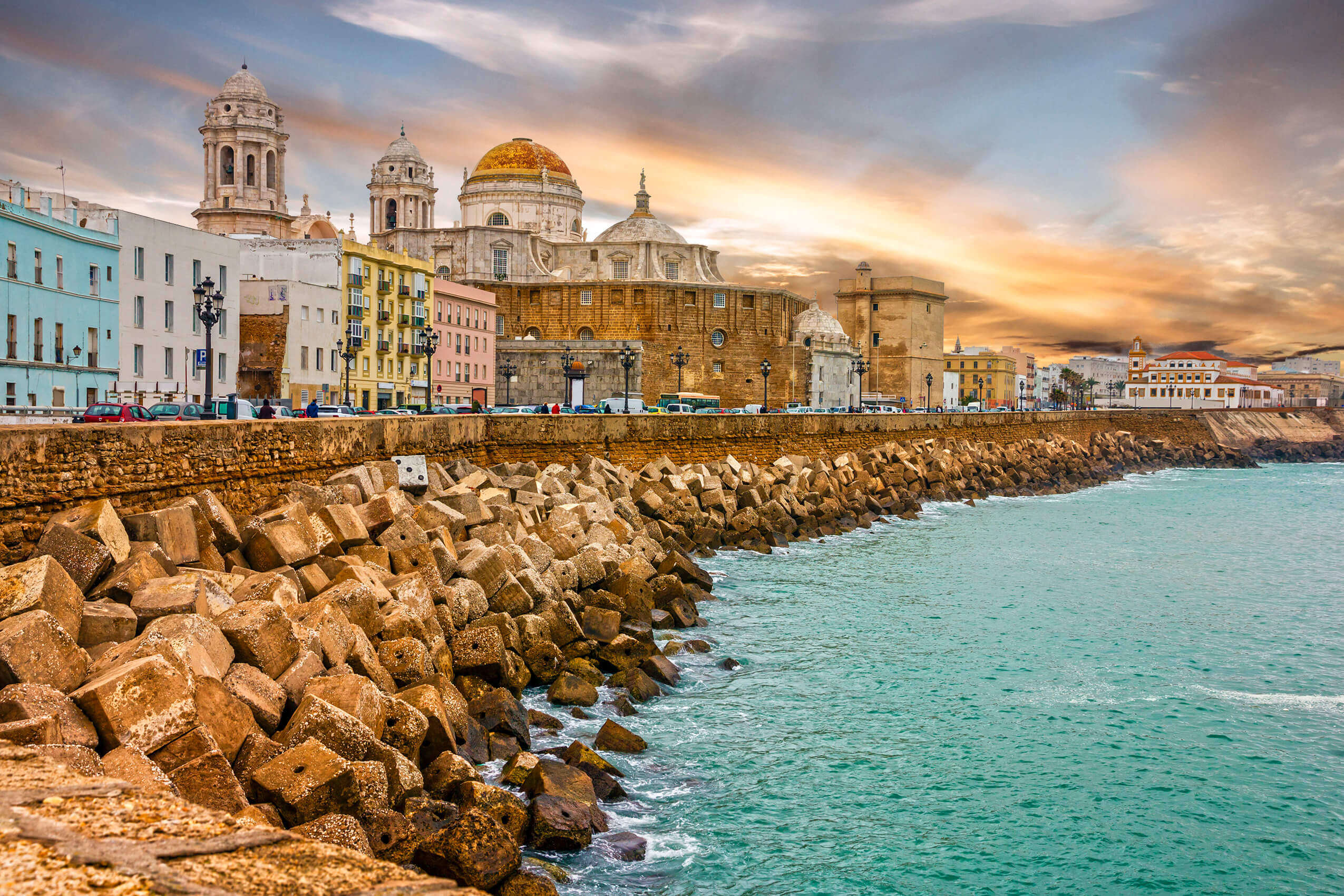 the oldest city in the Western World

The “Tacita del Plata” is considered the oldest city in the Western World. It was founded (in 1100 B.C.) by the Phoenicians, a seafaring people who turned Gadir into an important trading colony where the Carthaginians, the Romans, the Visigoths  and the Muslims would all subsequently settle. An open, cosmopolitan city, its port was chosen by Columbus as the point of departure for his second voyage to the New World. The city would then become, after the decline of Seville, the port to The Indies, drawing the flow of trade with the American Continent. This frantic commercial activity then brought about an era of economic, cultural splendour, when Baroque palaces with their characteristic towers offering amazing views were built.

The Cathedral, which can be seen from the sea, and its golden tiled dome fit perfectly into the Cadiz cityscape with its colonial air. It combines both the Baroque and Neoclassical styles, and its treasure is amongst the most important in Spain. The intense trading activity with The Indies awakened the greedy interest of pirates, which led to the city being fortified. The remains of the original although renovated cross-fire defence system designed by Vauban make up an important part of the heritage of Cadiz. Las Puertas de Tierra, the city gates, retain sections of walls and semi-bastions such as those of San Roque and Santa Elena, on both sides. A stroll through the Campo del Sur affords the visitor a view of the Los Mártires and Capuchinos defence bastions, by La Caleta, which is guarded by San Sebastián and Santa Catalina Castles. Heading towards the boulevard Alameda Apodaca, the La Candelaria Bastion and the San Carlos Walls can also be seen. The Puertas de Tierra Walls clearly divide the new city regained from the sea –built along a great avenue and along the extensive, landscaped promenade– and the old. The historic centre of the city has narrow streets and small squares in popular districts such as La Viña – the fisherman’s district - the Mentidero, Santa María (true home of flamenco song) and El Pópulo.

The El Pópulo District, which is the oldest in the city, retains the three gates to the original Medieval city: the El Pópulo, De la Rosa and De los Blancos Arches, apart from the Roman Theatre and the one-time Cathedral, Santa Cruz Church. The emblematic Plaza de San Juan de Dios is the place to savour the typical “pescaíto frito” fried fish, while listening to Cadiz composer Manuel de Falla’s Amor Brujo played by the City Hall Clock. The neighbouring quarter of Santa María is one of districts with most history in the city, with stately residences such as the Baroque Casa Lasquetty and the Royal Jail, an important Neoclassical building. Walking up towards the quiet San Francisco Square, we find La Santa Cueva, The Holy Cave, with Goya paintings inside. Nearby the Plaza de San Antonio, in the Mentidero Quarter, which was the nervous centre of the city for many years, there is the Oratory of San Felipe Neri, a Baroque place of worship which has an Inmaculada by the painter Murillo on the main altar. This was the seat of the Cadiz Cortes in 1812, where the first Spanish Constitution was drawn up and nicknamed “la Pepa” thanks to its conception date (Saint Joseph’s Day).

The Plaza Mina, home to the Museum of Cadiz, is very well-known, with its famous Phoenician sarcophagi and works in its Fine Art section which make it one of the most important picture galleries in the country.

Calle Zorrilla, the tapa-bar street par excellence, leads to the Alameda Apodaca Gardens the Genovés Park, which offer perfect views of the sea. Continuing to stroll a little further round, the visitor comes to Cadiz port, regular stopping-off point for tourist cruise ships travelling between the Mediterranean and the Atlantic. 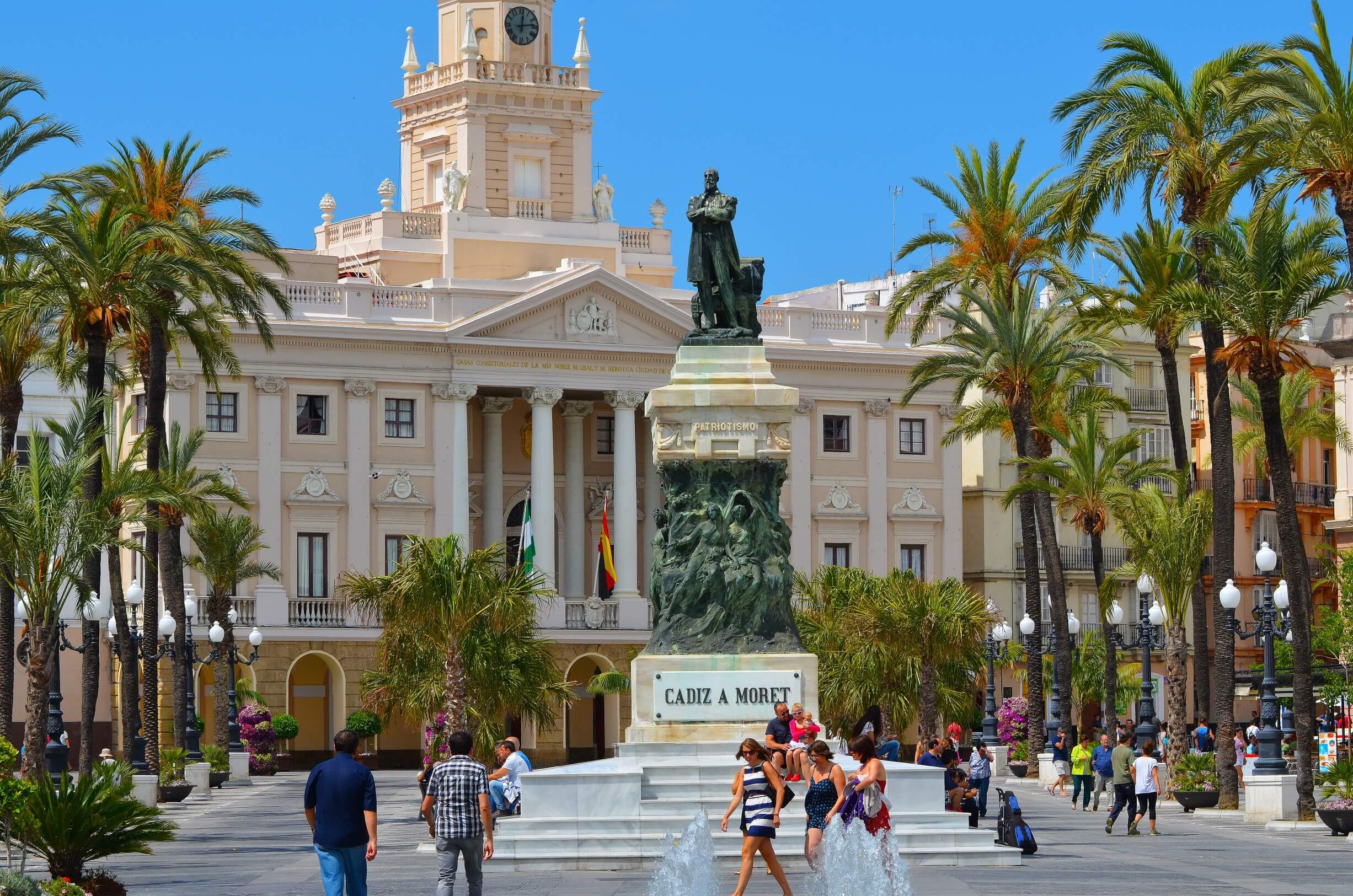 THE ROMAN CITY OF GADES The splendour of Gades has been preserved in the form of the Roman Theatre (first century B.C.) in the Pópulo district. Built under the initiative of the Roman-Cadiz family the Balbos, it was discovered in 1980 and is currently considered one of the greatest buildings of this type in Spain.

HAVANA IS CÁDIZ A stroll along the Cadiz sea front, from La Caleta to the Campo del Sur, will remind the visitor of the image of the avenue the Malecón in Havana, as there are many similarities between Cadiz and Latin American cities, thanks to the constant flow  of people travelling between Cadiz and the New World. The cathedral in Cadiz is a good example of this influence, as are several of the manor houses and the towers with their views which grew up in the midst of old Gadir’s cityscape during the  expansion into America.

CARNIVAL AND THE FALLA THEATRE The Falla Theatre draws thousands of people for over 20 days, as it is host to the Cadiz Carnival Groups Competition. Carnival, which has been declared of International Tourist Interest, is the city’s most important festival. The entire population dons fancydress and heads for the street to take part in the fun, the laughter and the partying in the midst of the choral groups, the satirical ‘chirigotas’ and the swaying, rhythmic ‘comparsas’, who parody and criticise the year’s events. The satire and parody are without equal, and the Cadiz sense of fun unleashes its full force, laughing and holding no punches, like nowhere else in the world.

THE VIÑA QUARTER This is the traditional Cadiz quarter par excellence, and its welcoming, friendly atmosphere is the inspiration for many carnival song lyrics. The perfect setting to try the typical dish of mackerel with ‘piriñaca’ (a tomato and pepper salad), the  district meets the sea at La Caleta, which is the most representative of the city’s beaches and stretches for 3 km along the coast (Santa María del Mar, Cortadura and La Victoria). 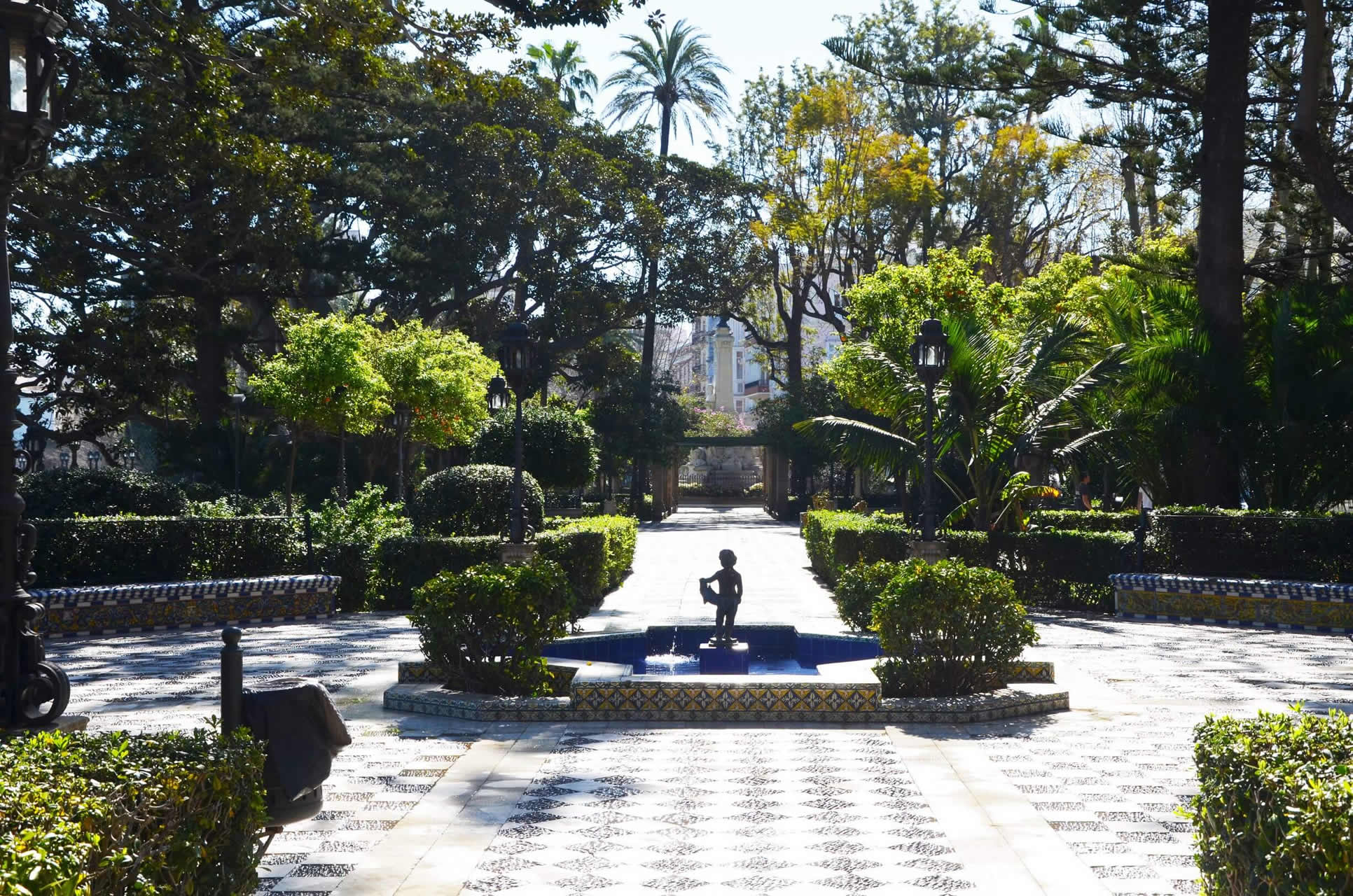 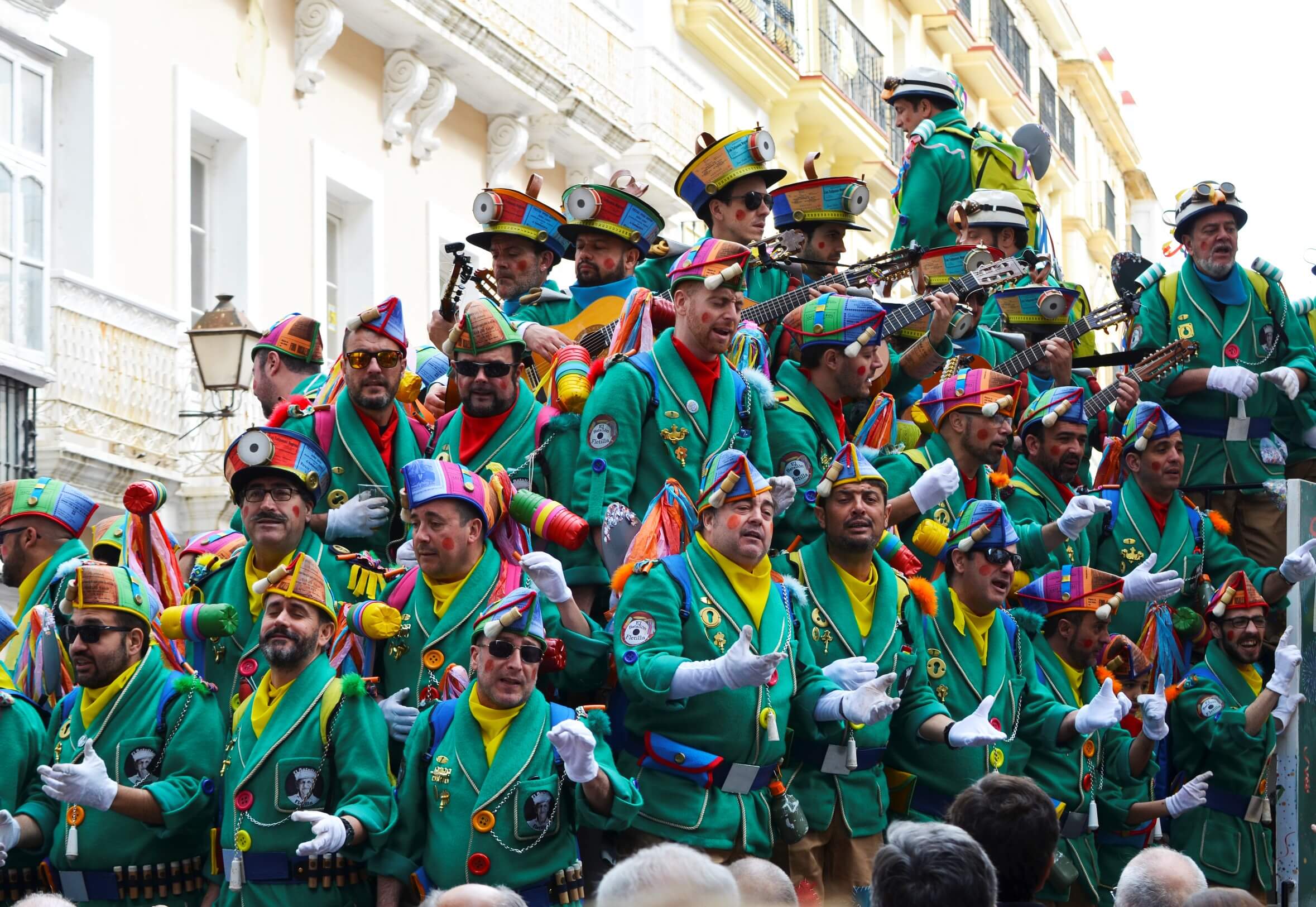 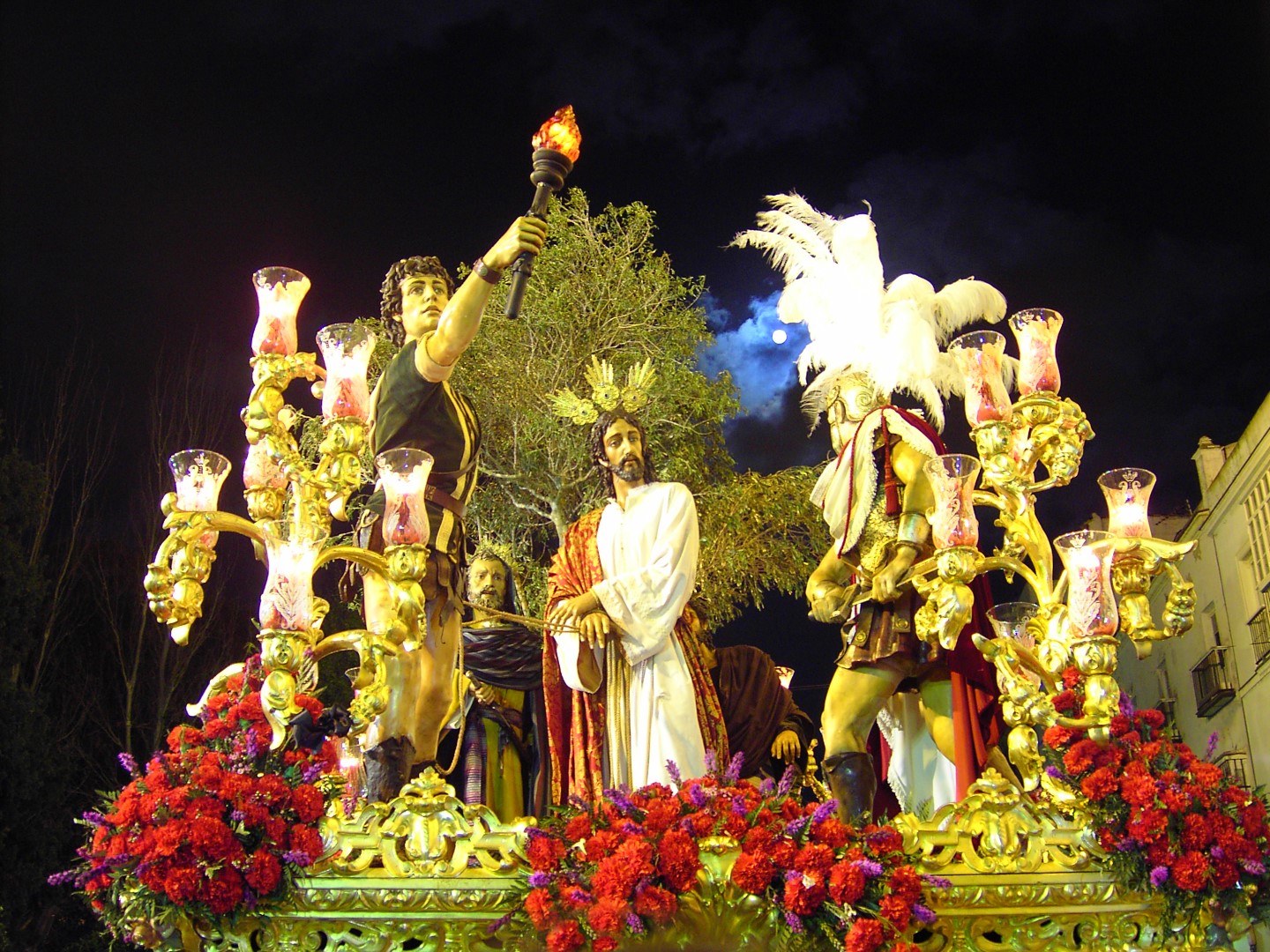 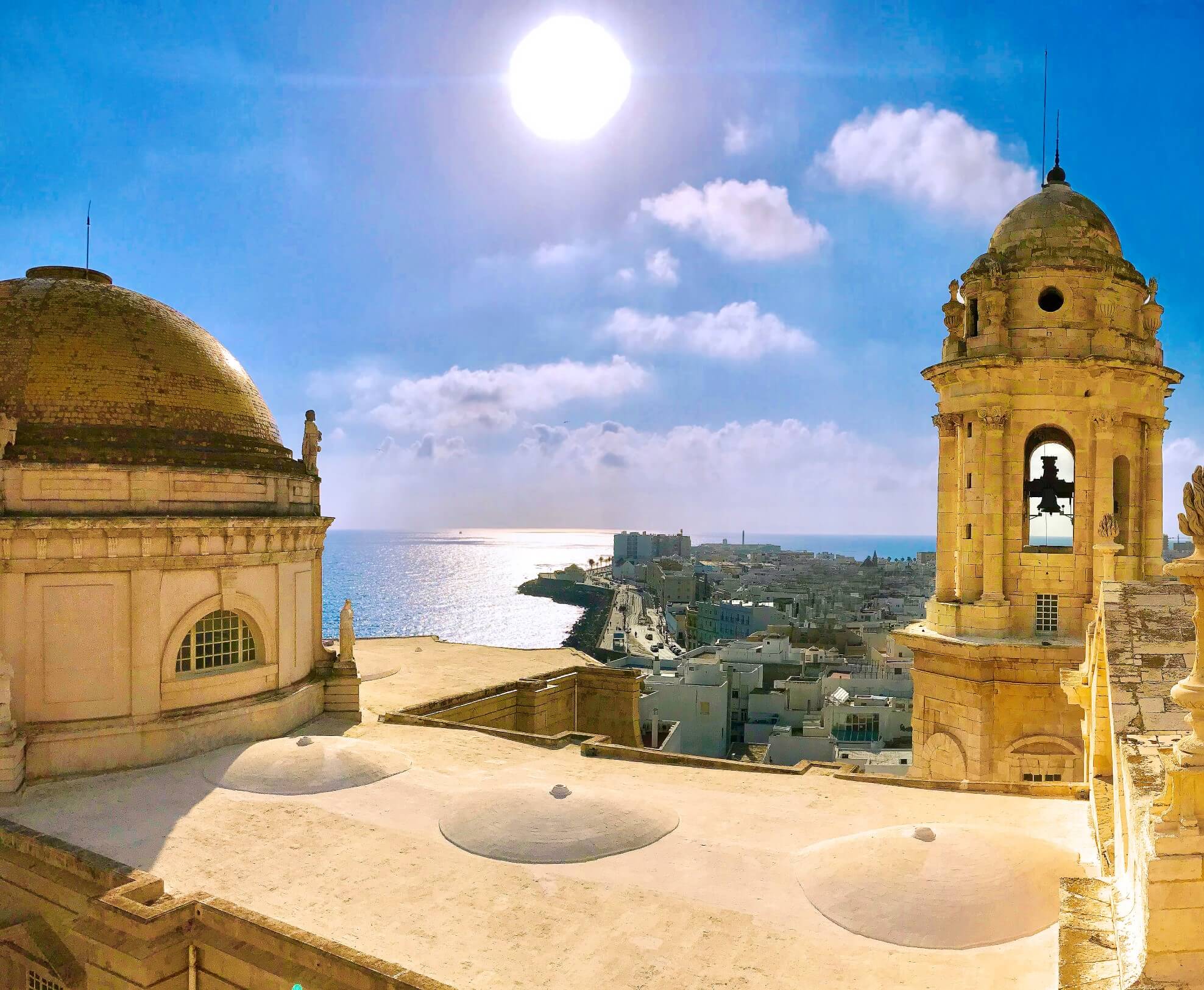