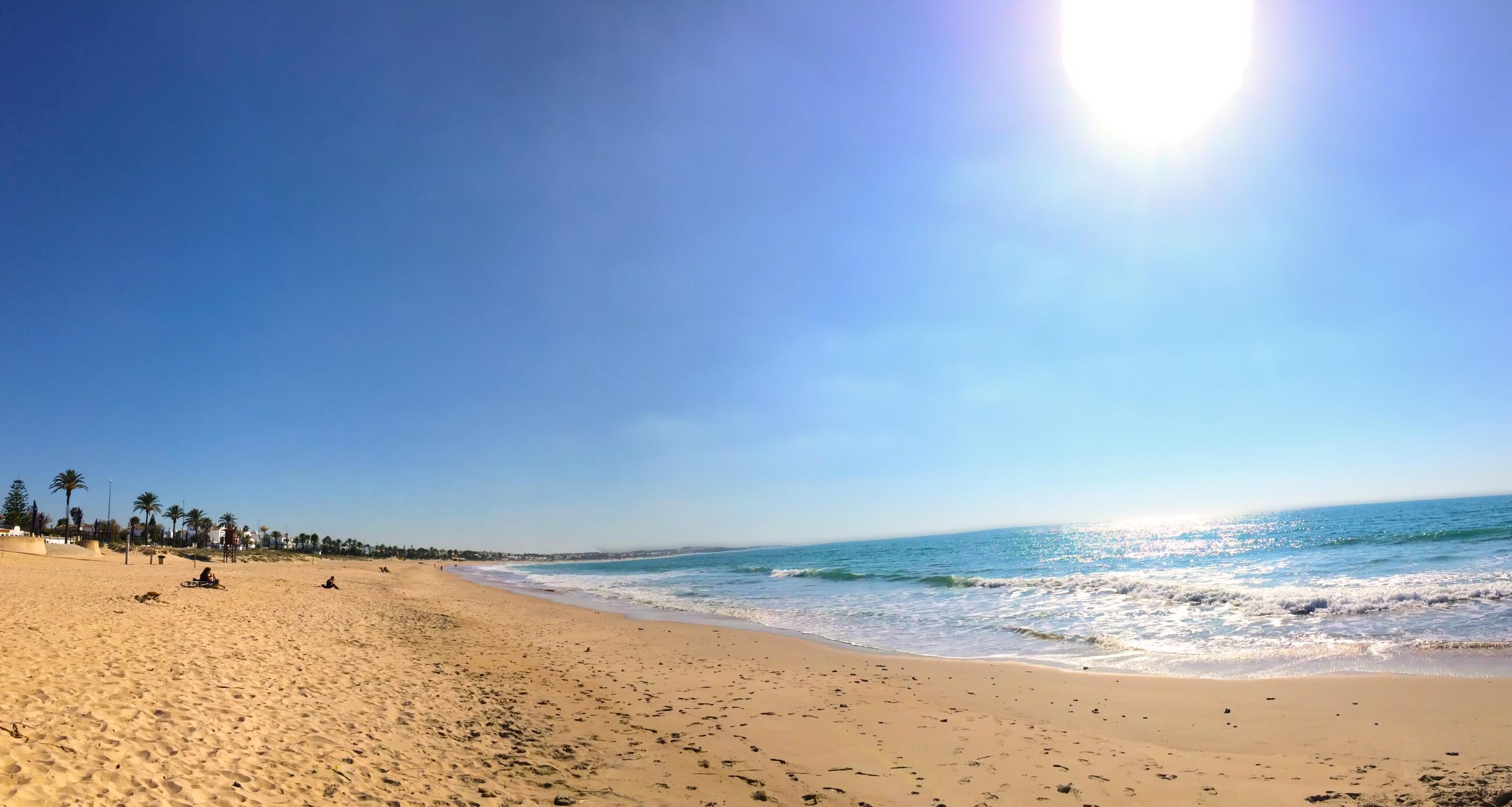 Founded in 1303 by Alfonso Pérez de Guzmán, this town experienced great economic development in the 18th century, as the intense merchant and trading activity caught on around the entire Bay. Many manor houses, such as that of the Conde del Pinar, were built around this time.

The wine industry, which traditionally supported the local economy (with excellent wines which belong to the Jerez-Xeres-Sherry and Manzanilla de Sanlúcar Designations of Origin), has slowly given way to the tourist sector with the last few years seeing a spectacular boom. This boom is a response to the municipality's many appealing features - an enviable natural setting and magnificent beaches - which have contributed to the burst of luxurious urban developments which have appeared, such as the Novo de Sancti Petri, with its marina and incredible golf courses.

The town is also at the vanguard of Health Tourism, with the Fuente Amarga Spa (1803), now considered one of the main health centres in Spain. As well as the usual types of treatment for pain, rheumatic, respiratory or dermatological disorders,  the spa has amazing relaxing properties, and is a great beauty treatment. And everything is totally natural, with the sulphurous waters which characterise the centre.

From La Barrosa Beach, one can see the picturesque Island of Sancti Petri, the only remaining part of the southern tip of Cadiz’s largest island, where tradition cites as the location of the famous temple of Hercules, erected for the Phoenician god Melkart, and visited by, amongst others, Julius Caesar and Hannibal. Nowadays it’s open for tourists. 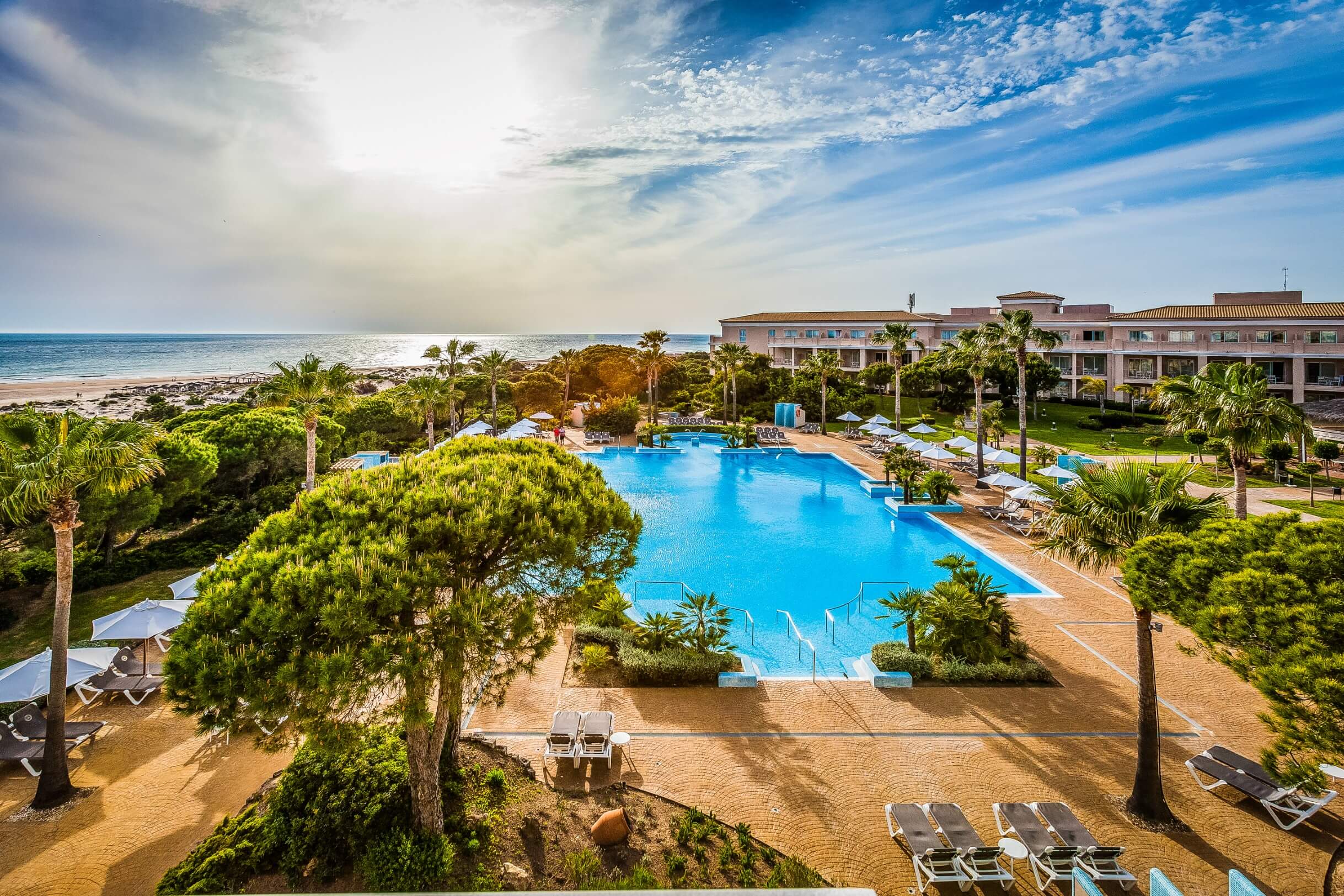 a legacy of monuments and beaches

A LEGACY OF MONUMENTS Well worth a visit are the Neoclassical Parish Church of San Juan Bautista, the Church of Jesús Nazareno, the Church of San Telmo and the Hermitage of Santa Ana. The 18th century Torre del Reloj (The Clock Tower) is also of great interest.

BEACHES Chiclana has a beach for everyone. From the typical family beaches such as La Barrosa with its wide promenade and variety of services and facilities, to the more natural and tranquil ones like El Puerco, which is sheltered by small cliffs or Punta de la Pierdas. Sancti-Petri is another popular beach ideal for kite surfing. 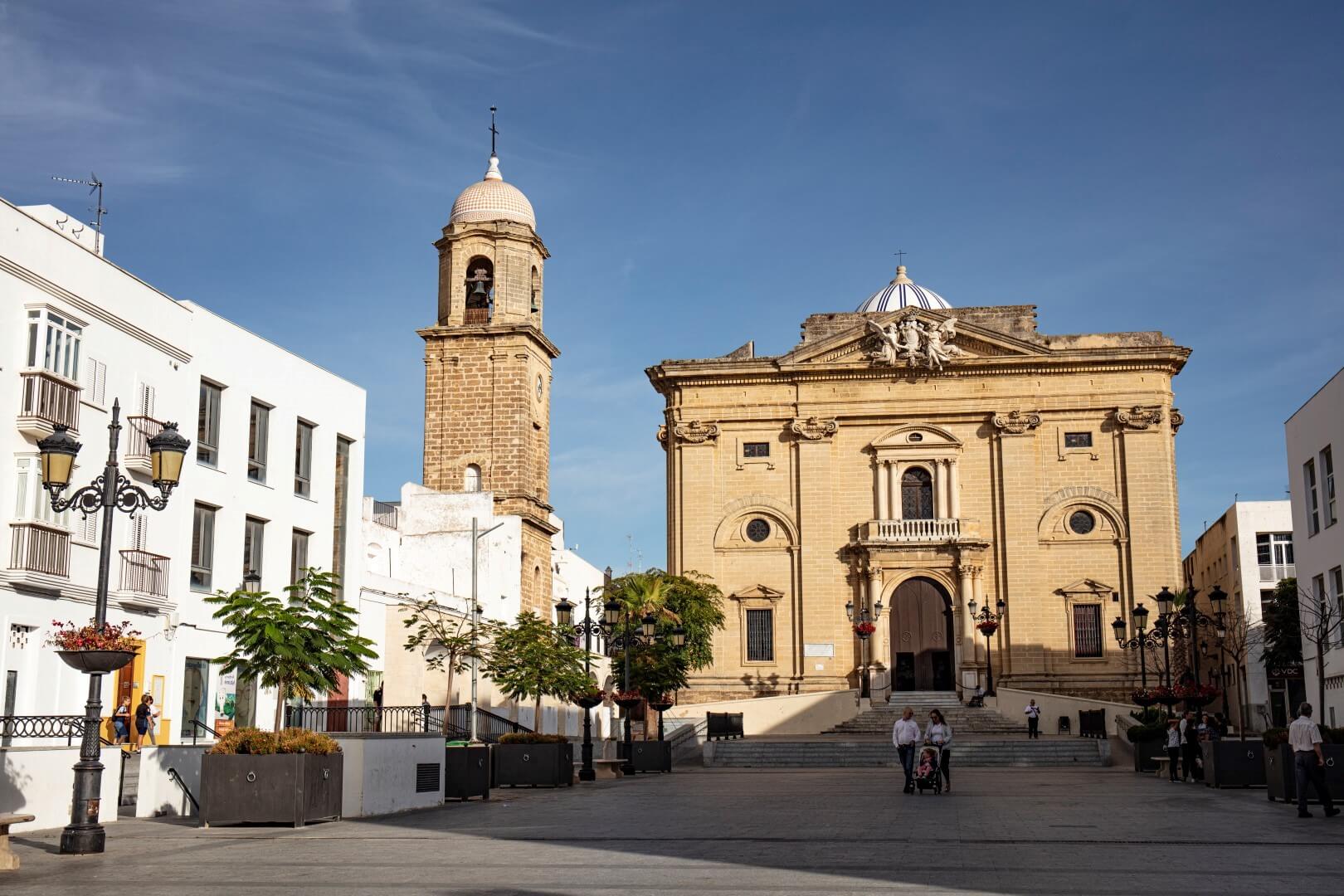 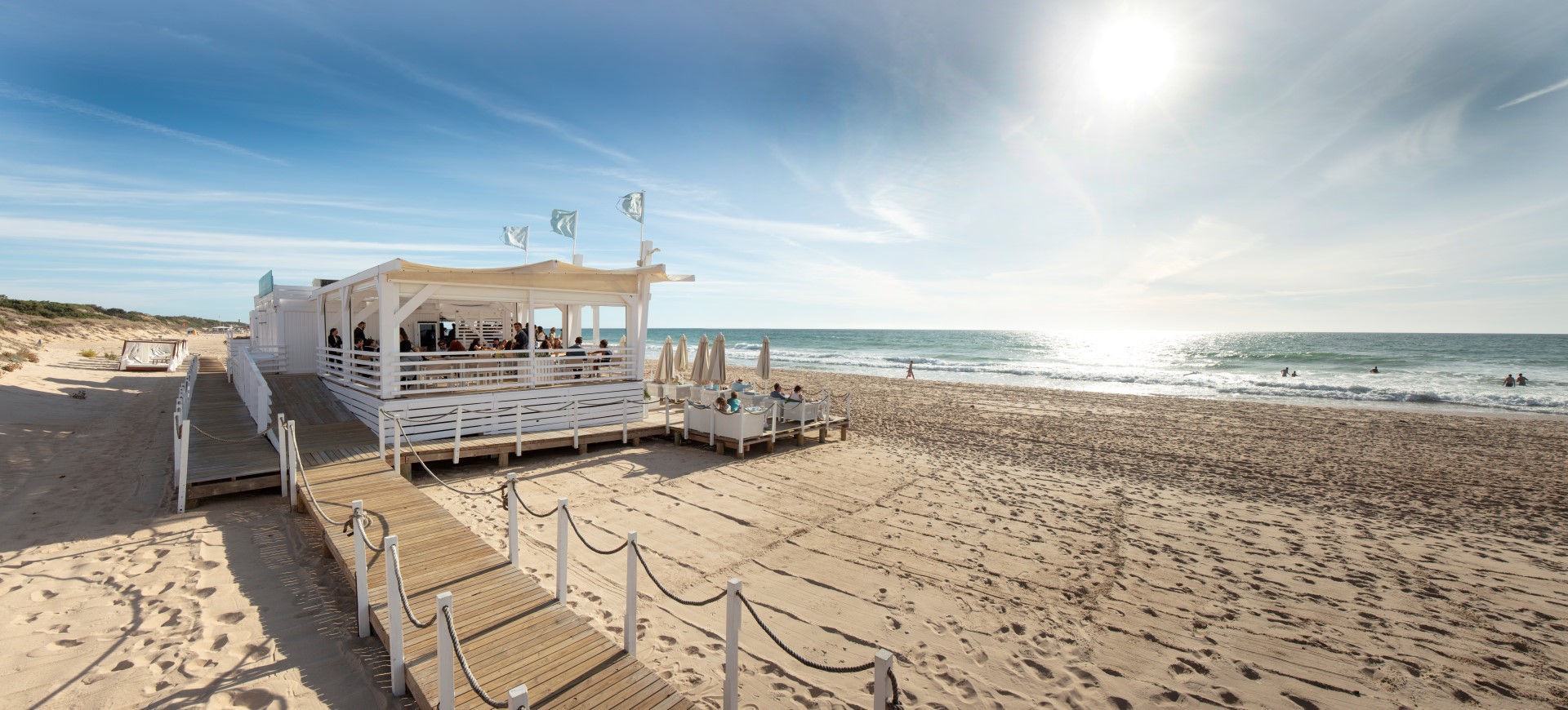 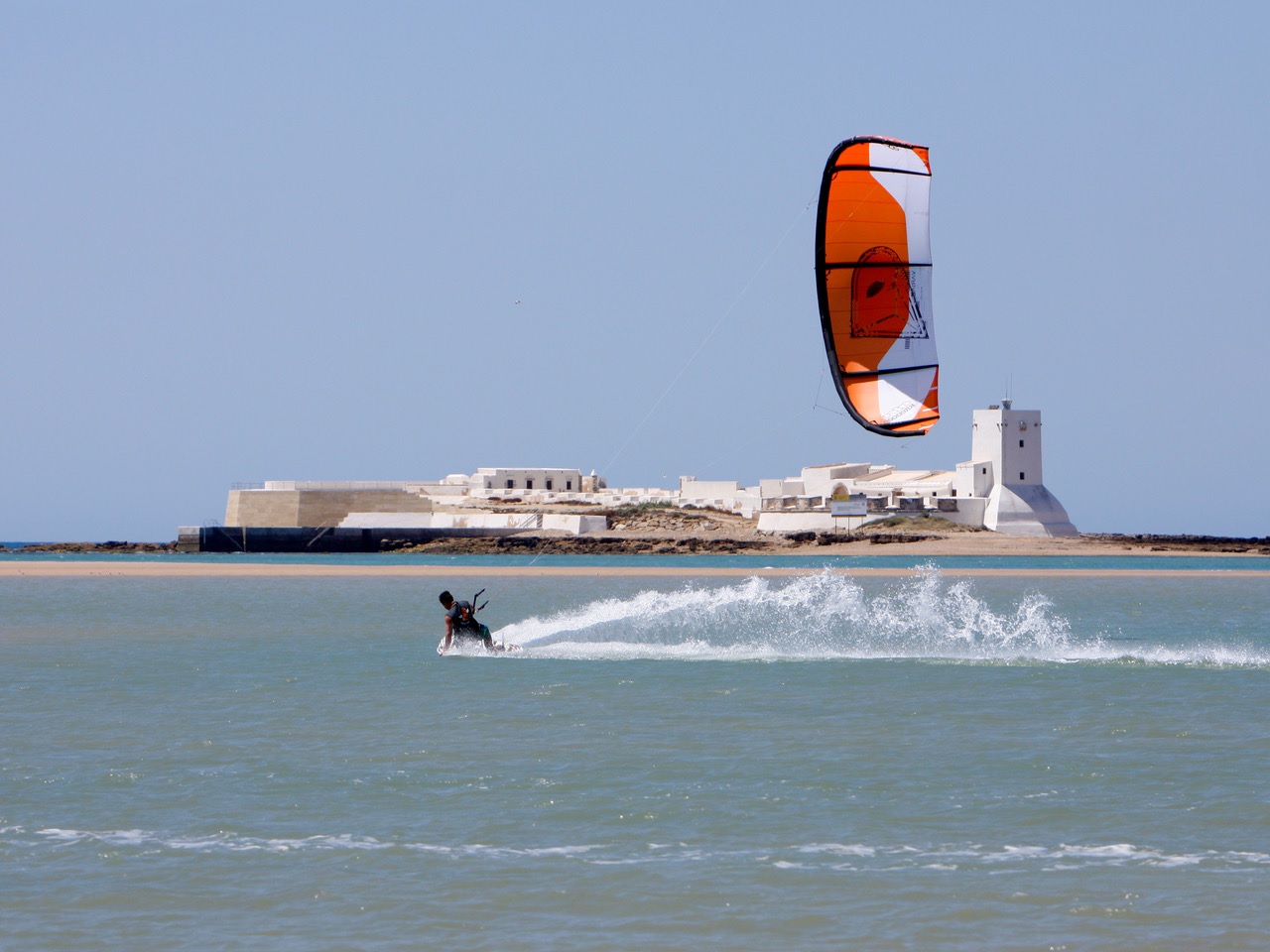