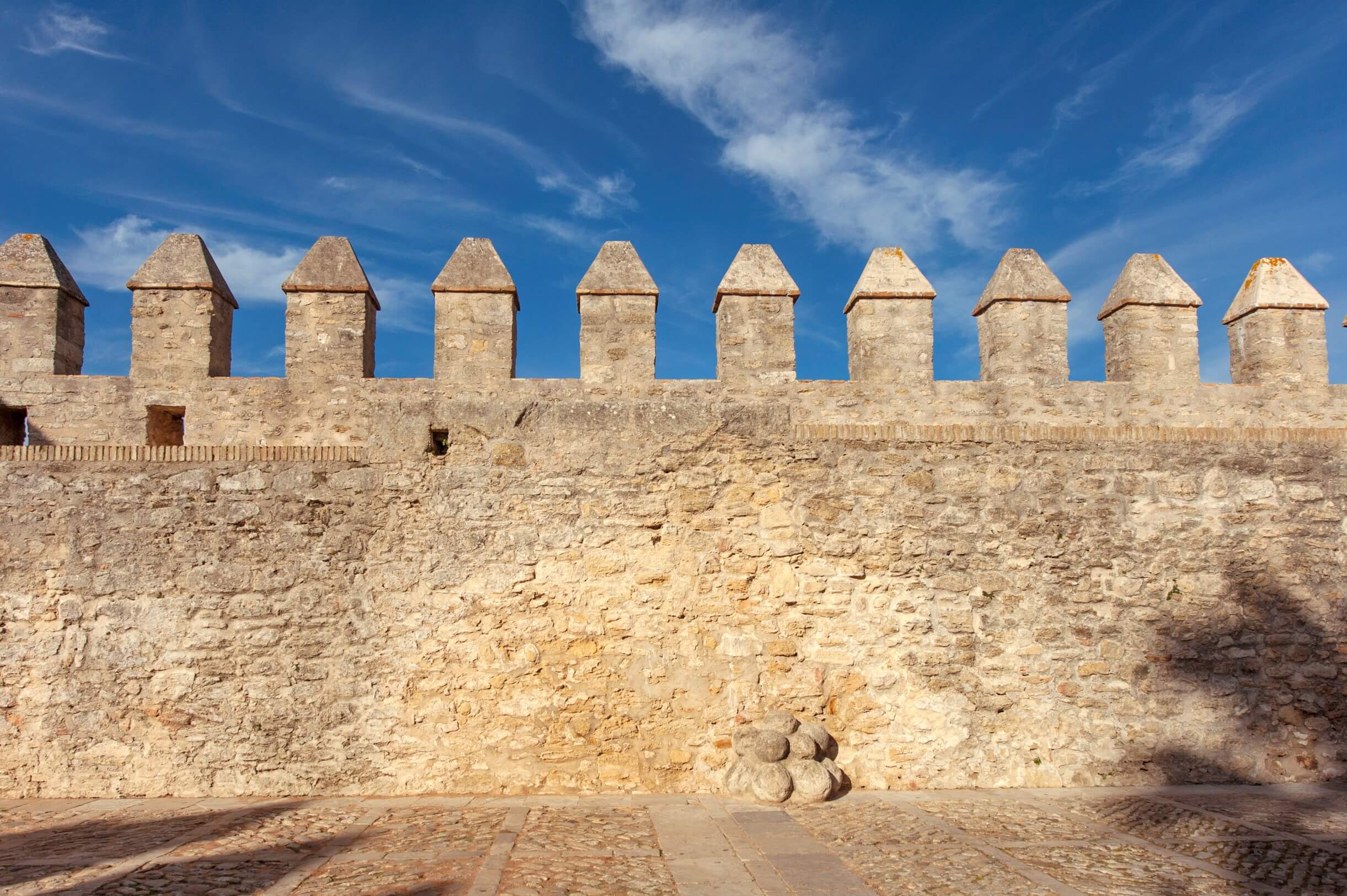 ONE OF THE most beautiful villages in Spain

The town was declared a Historical Site and awarded the National Prize for the Beautification of Andalusian Towns and forming a network of the most beautiful villages in Spain, sits a beautiful hill at the foot of the river Barbate.  Its Moorish heritage is evident in the popular architecture and design of neighbourhoods like the Judería. It is perched on top of a beautiful hill overlooking the River Barbate. The town takes pride in its historic legacy from past civilizations such as the Phoenicians, Carthaginians and Romans. In 711 the Battle of La Janda was fought very near the town. After this battle, the Visigoths lost control of the Peninsula to the Moors.

The town has always been walled and some of its towers are still well preserved (the Mayorazgo Tower, the San Juan Tower and the Corredera Tower), and its four medieval town gates are perfectly integrated in the town, namely the Segur Arch Gate, the Puerta de la Villa, the Sancho IV and the Puerta Cerrada. The Castle (11th-16th Centuries) stands at the highest part of the old town and can be reached through a beautiful horseshoe arch. It combines elements of Muslim and Christian architecture. The town also boasts some magnificent examples of religious architecture.

The Divino Salvador Parish Church (14th-15th Centuries) overlooks the town and is a beautiful example of architectural evolution, with Gothic-Mudejar, Renaissance and Baroque elements. The town has other outstanding churches: the Monjas Concepcionistas Church, with its stunning Las Monjas Arch; the Hospedería de San Francisco Convent; and, on the outskirts of the town, the Visigoth Nuestra Señora de la Oliva hermitage. The most outstanding civil buildings in the town are the Baroque Palace of the Marquis of Tamarón and the Mayorazgo House, both dating from the 18th Century, and the San Miguel Windmills (19th Century).

The labyrinth of twisting streets transports you to another time. Make sure you take a guided tour through the municipality. Its gastronomy simply cannot be missed, taste the lomo en Manteca (loin cooked in lard) and the typical desserts imported from its sister city Chaouen, where the vejeriegas inherit their typical dress.

Only nine kilometres from the town centre is Playa El Palmar, one of the most famous beaches on Cadiz's coastline. A beautiful, natural environment with a stark contrast between the fine, golden sand and the crystal, clear water. Steady wind makes it a paradise for water sports enthusiasts. 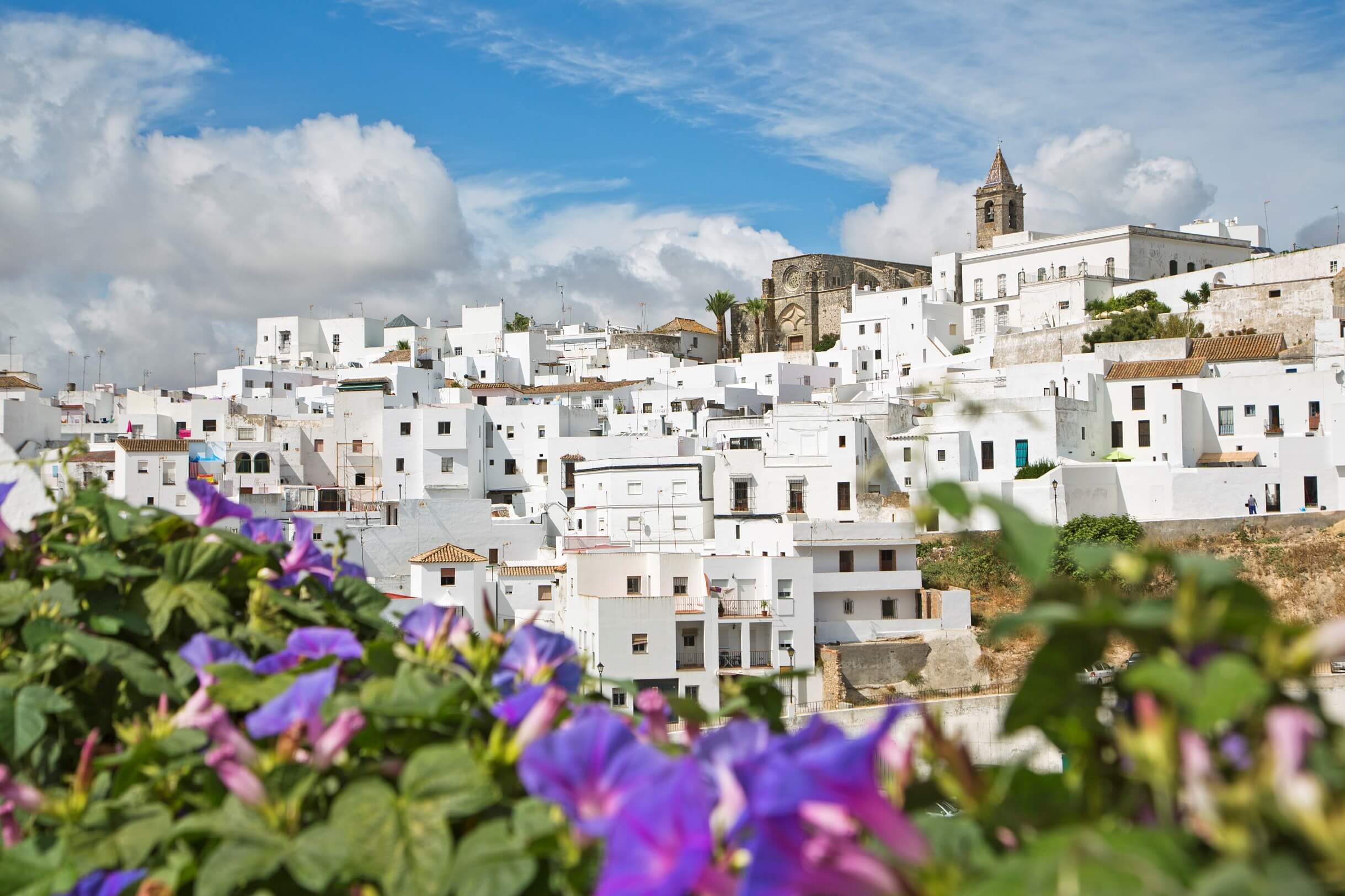 Due to the border situation of Vejer, the inhabitants of the town were in constant danger because of threats from enemy troops. For this reason the inhabitants were granted a series of privileges, a concession of the Crown, and the use of the towns land, water, hills, wells etc. In the 15th century, Juan Alfonso de Guzmán considered himself the owner of the entire territory and did not respect his neighbour’s properties. As a result, the population of Vejer, led by Juan Relinque rose up against the Guzmán family. After several years of lawsuits, the conflict was resolved when a sentence was passed in favour of the inhabitants of Vejer. It is still currently known as the Hazas de la Suerte. 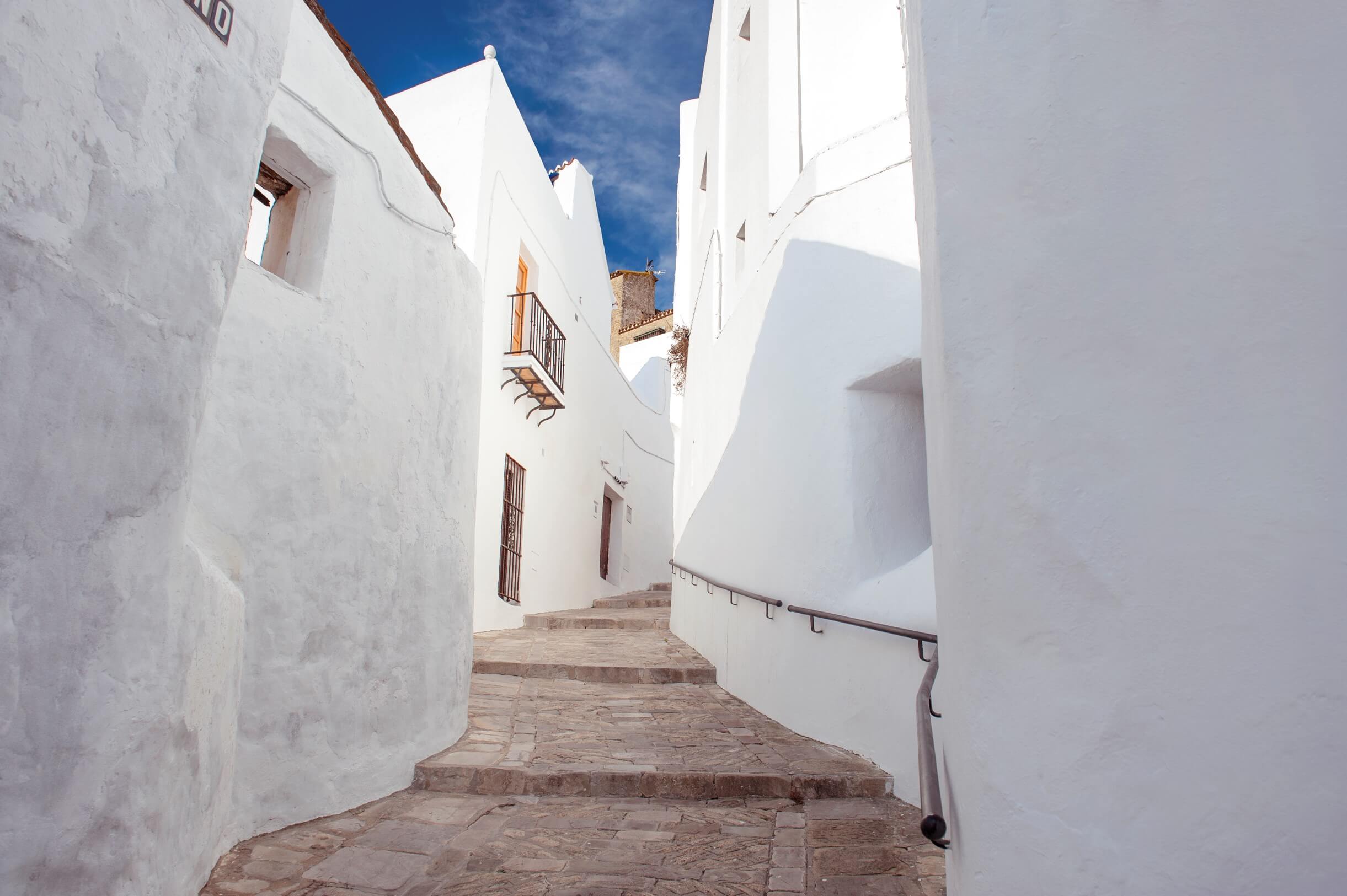 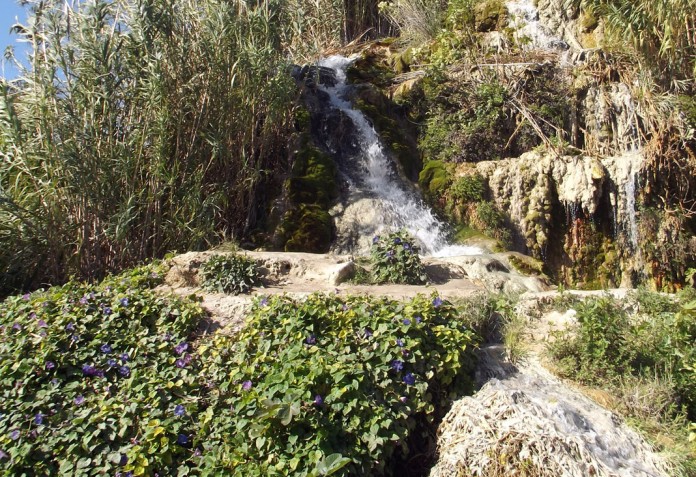 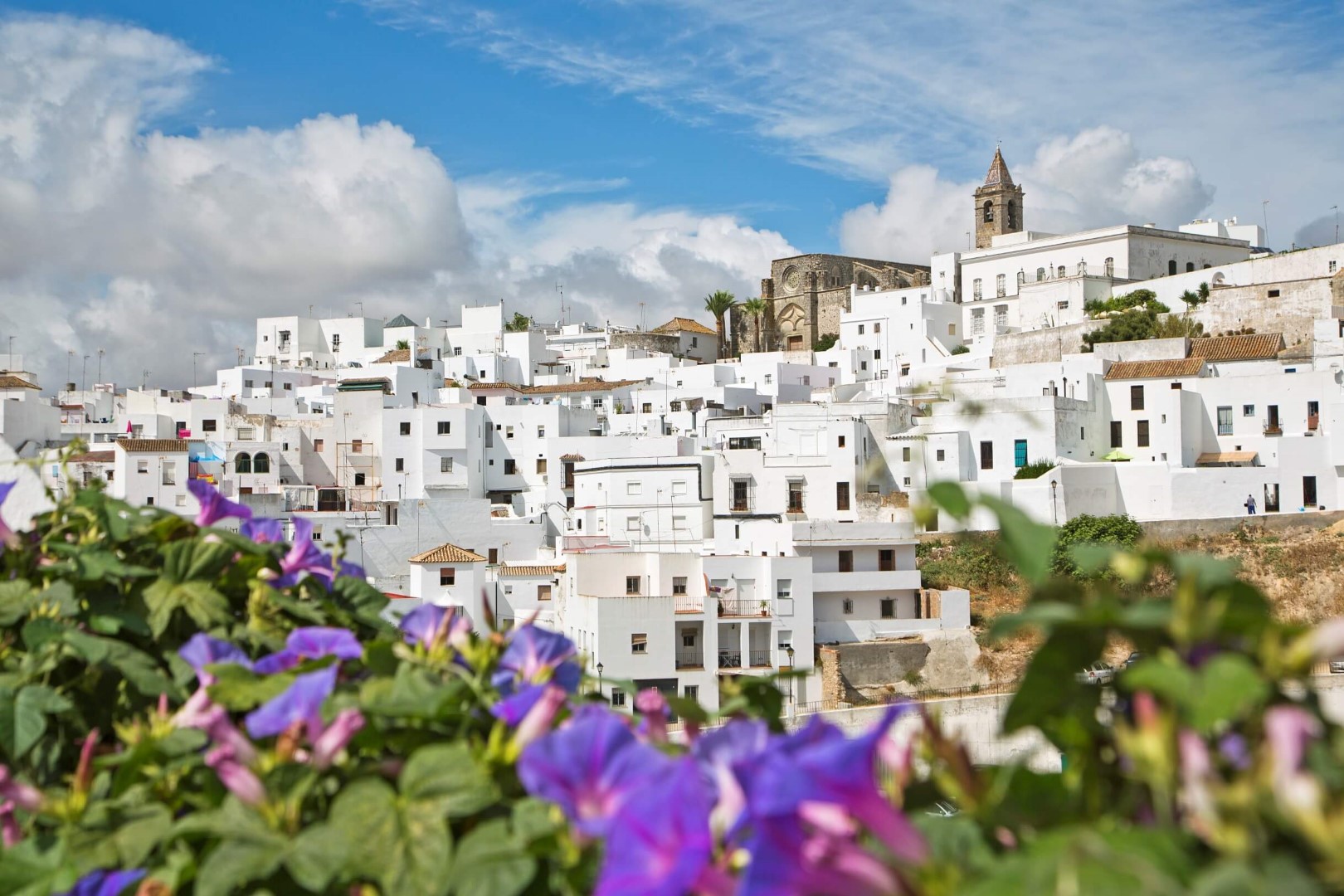 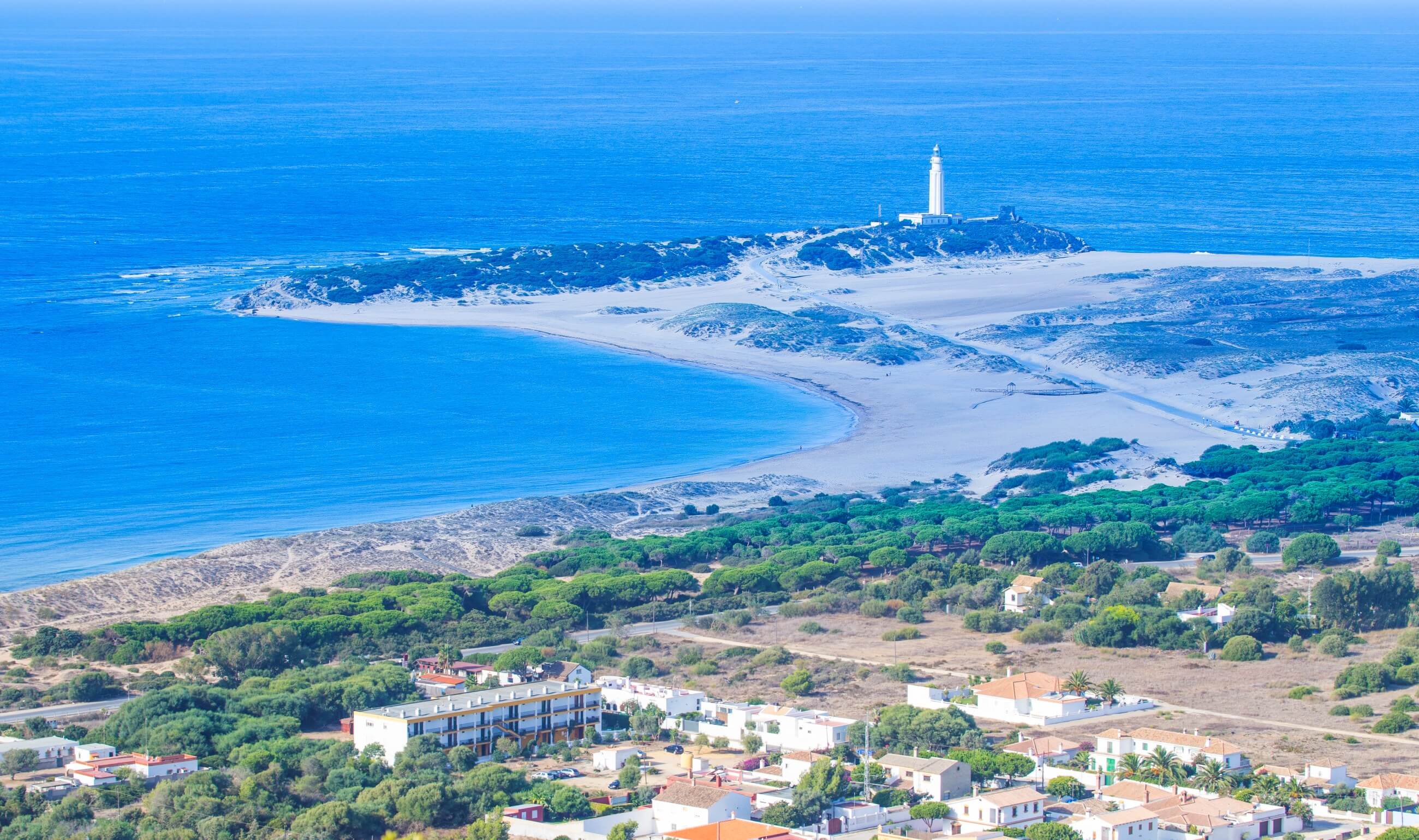