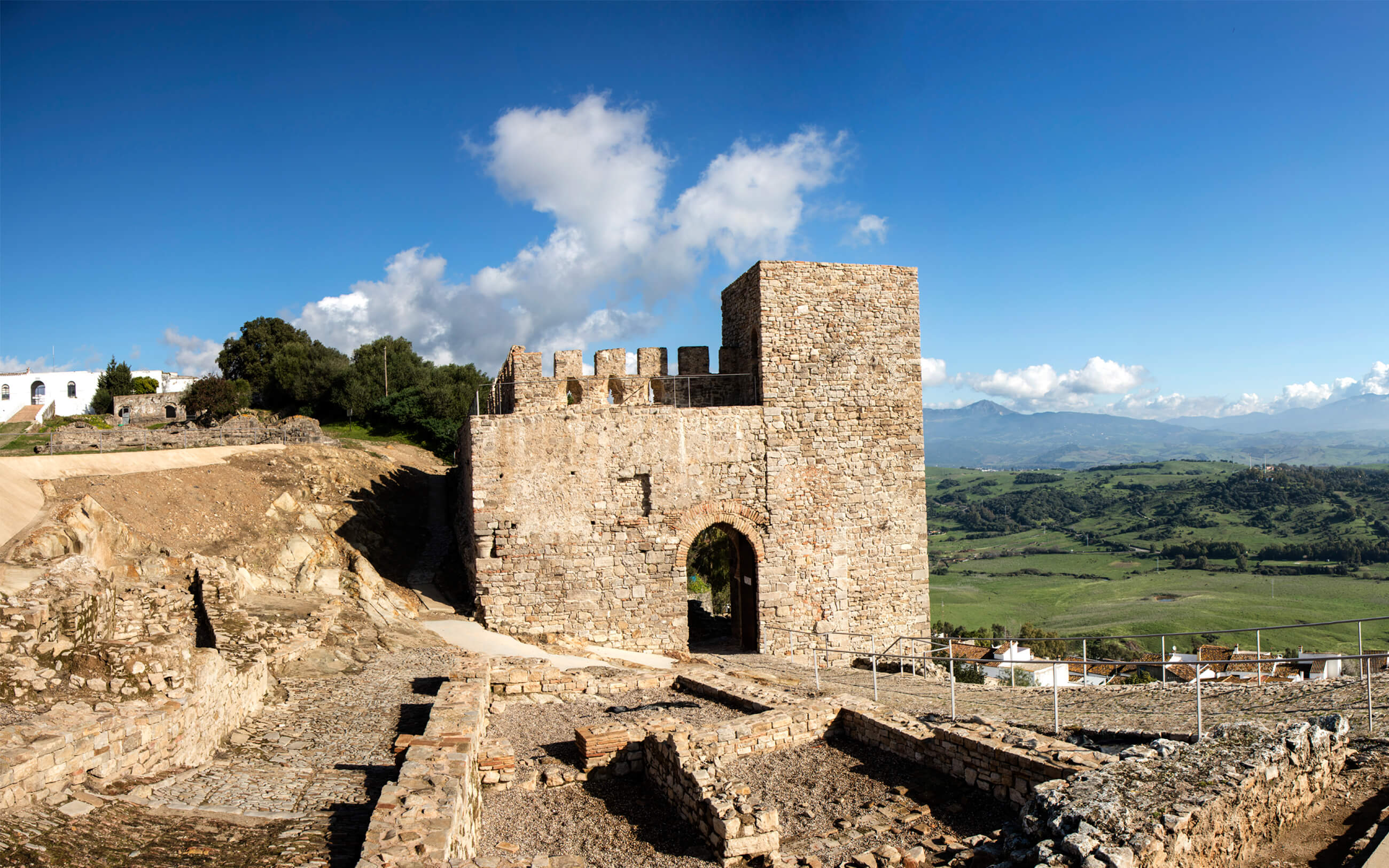 Situated between the sierra de Ronda and the Algeciras’ bay, its fortress overlooks the hill on the slopes of which sit the white house of this village. Occupied since Prehistory, cave paintings are still to be seen at the archaeological site of La Laja Alta, and are the only example of maritime scenes from the Bronze Age in Spain. With the Muslim invasion, Jimena was fortified and became a strategic site.

Its heritage is dominated by the castle dating from the 13th and 14th centuries (Property of Cultural Interest). Apart from the battlemented walls, features of interest include the Keep, the Albarrana tower, the cisterns and the gateways such as the arco del Reloj. Behind the castle, you can find the Baño de la Reina Mora (The Moorish Queen’s Bath).
Other jewels of religious architecture include the Nuestra Señora de la Victoria Church, the bell-tower of Santa María la Coronada Church, La Misericordia Church and, on the outskirts, the Nuestra Señora de los Ángeles Sanctuary (15th-17th centuries).

The town hosts two cultural events of great importance. The first is the International Music Festival in July, which is surprising for the quality of those taking part and the stages set up in green areas, as well as in the magnificent Historical Centre of the town.

Every year the city hosts important cultural events in the region. The May’s fair is in spring when the "Cattle Market" takes place. In September is the Estación de Jimena Flamenco Festival, one of the oldest flamenco events in the province. During the winter month’s locals enjoy the Mycological Festival. 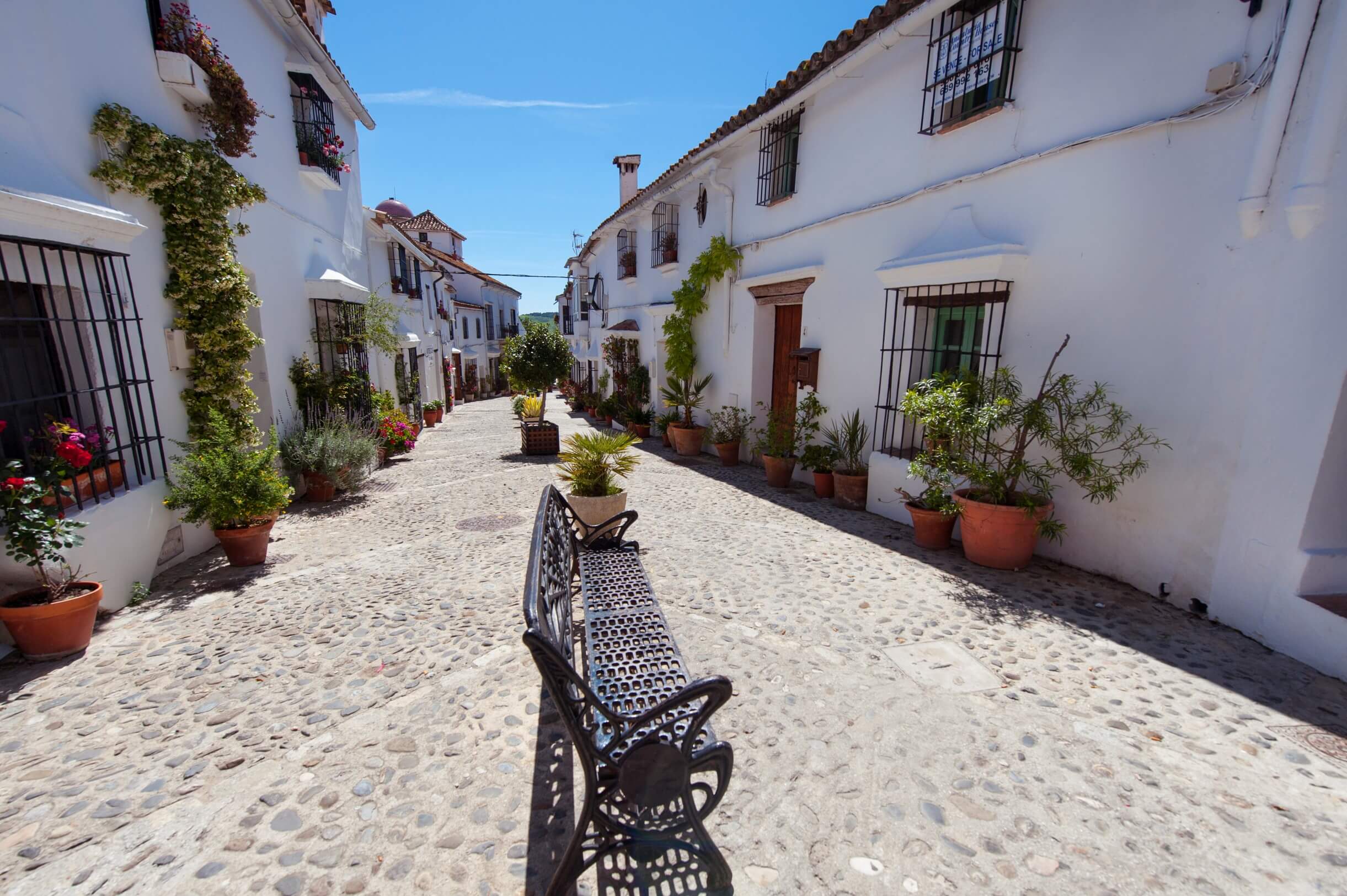 As Jimena is within the Los Alcornocales Natural Park, top activities include hill-walking, bicycle-touring and horse-riding. Particularly beautiful is the walk which follows the banks the River Hozgarganta, taking approximately three to four hours. 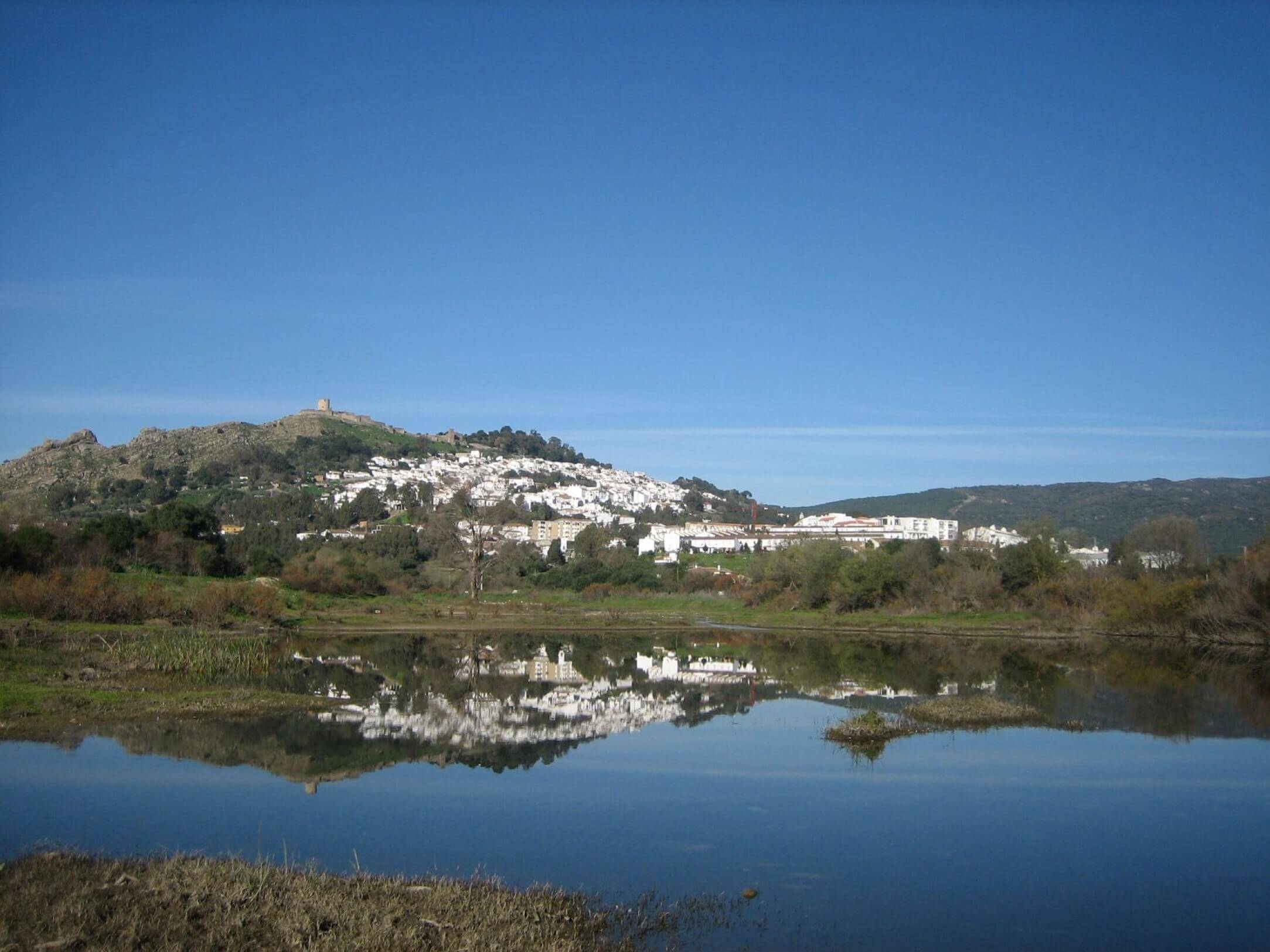 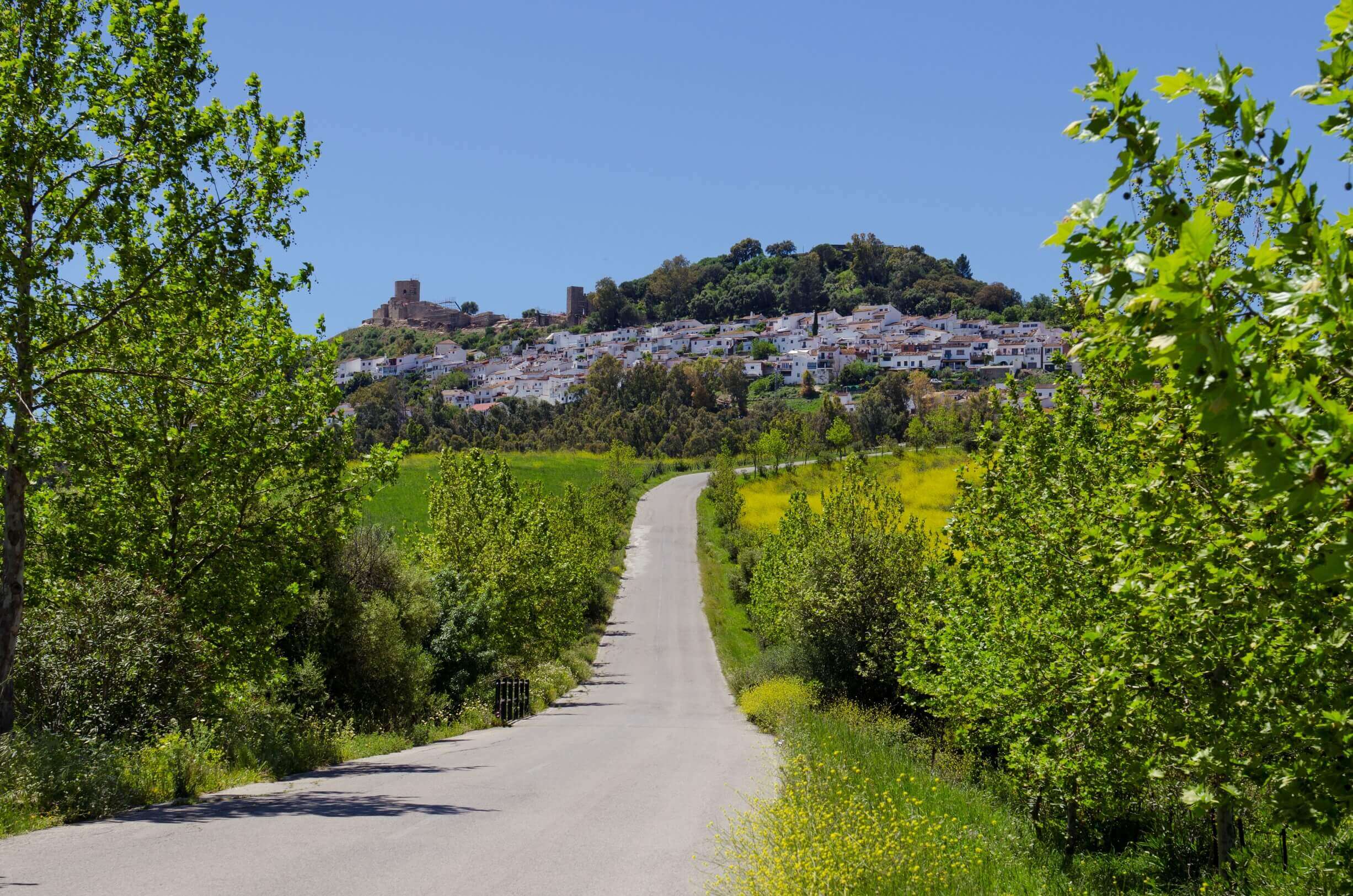 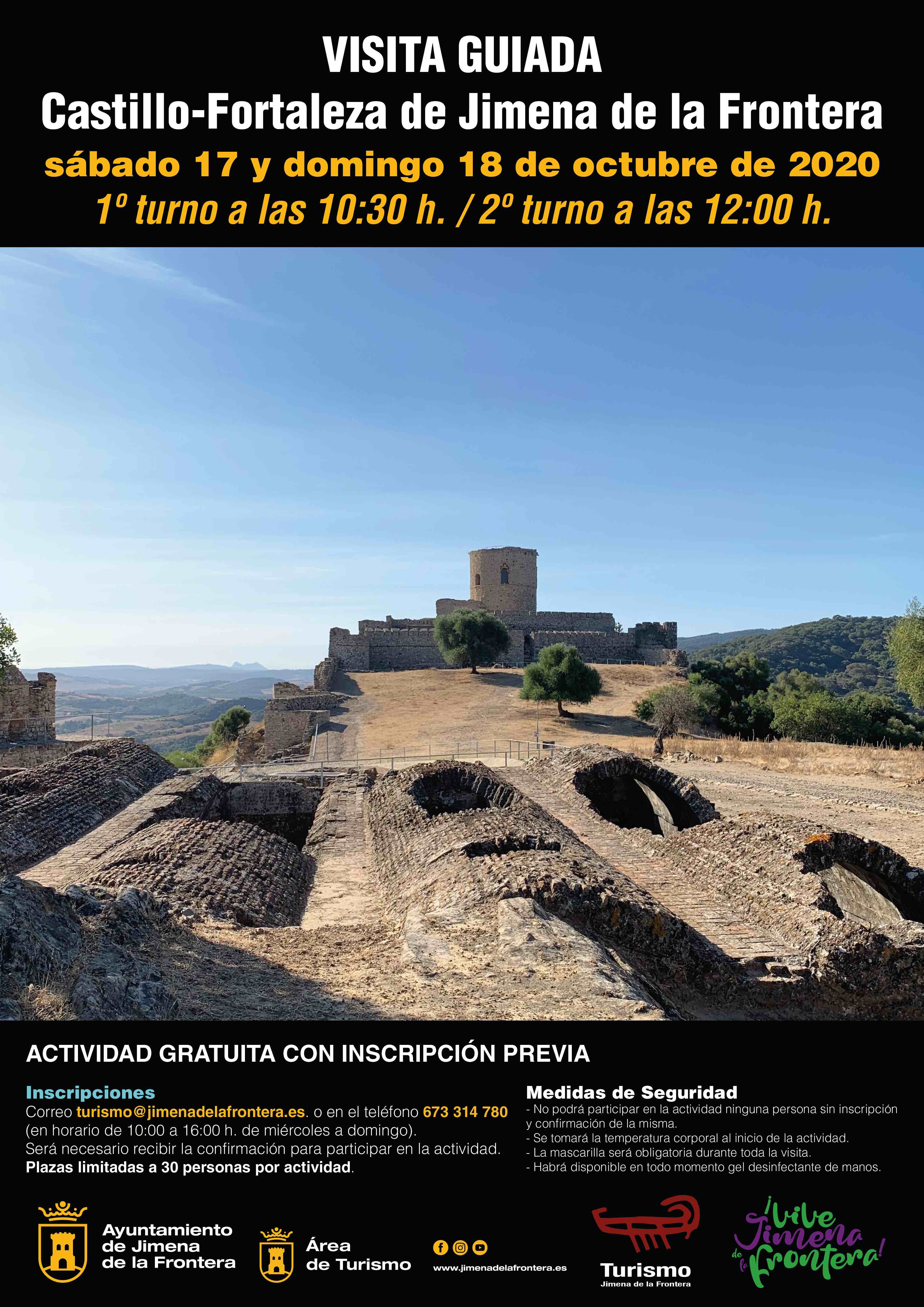 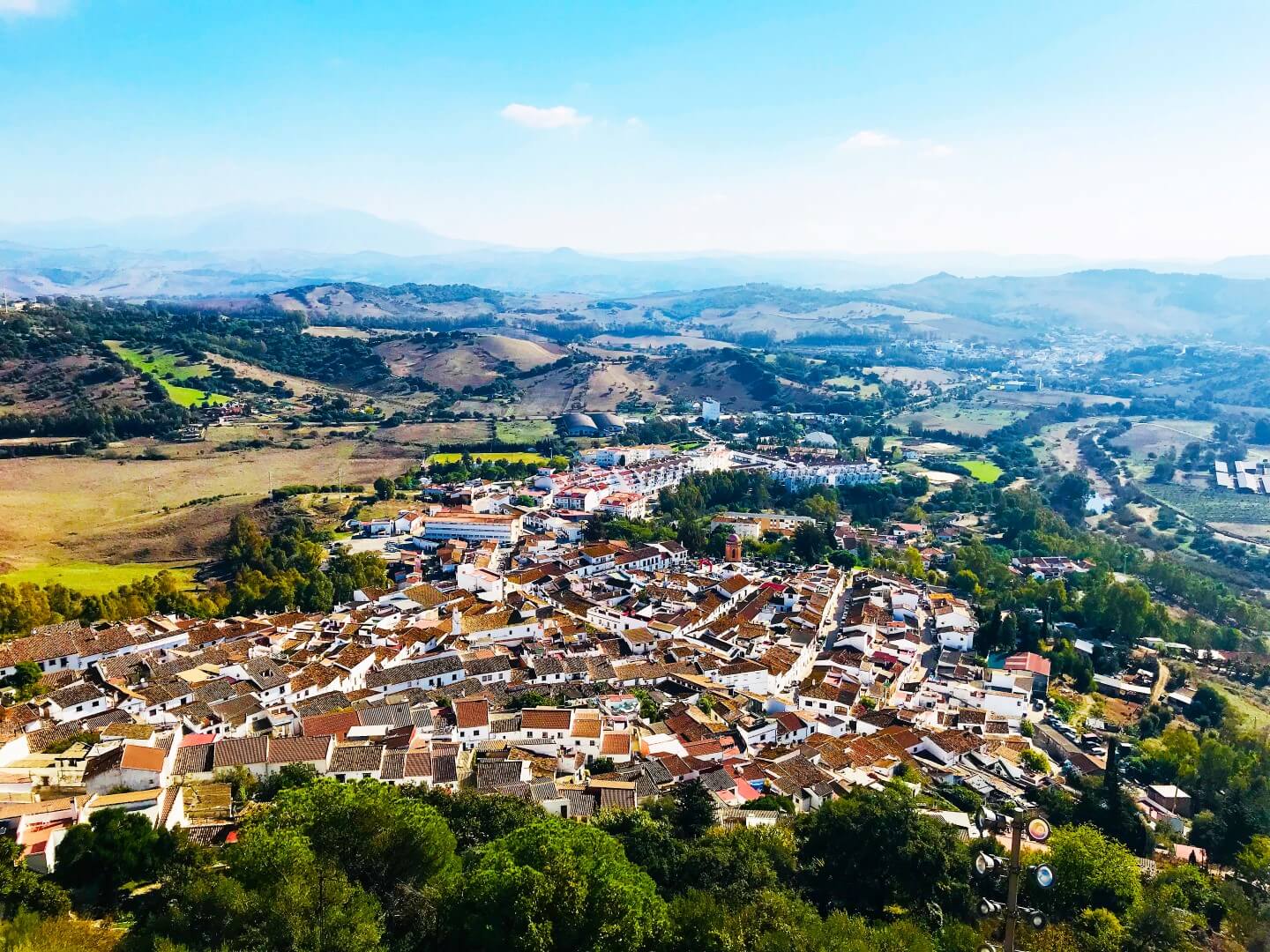