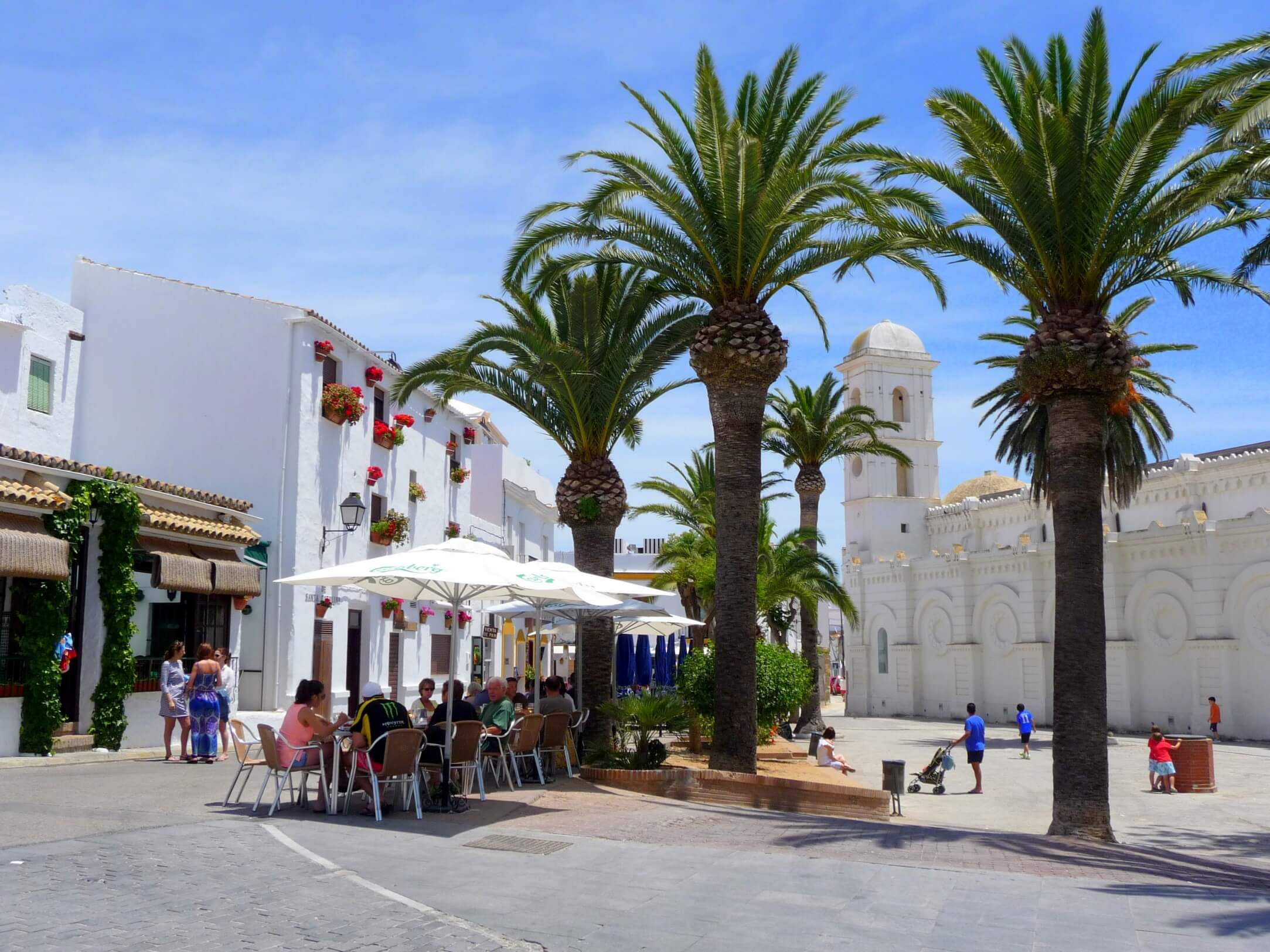 Evidence of Phoenician presence is revealed by the numerous archaeological remains that have been discovered in the area, including a brass coin exhibited at the Archaeological Museum of Cadiz or the remains of a necropolis at La Huerta del Sol. It was port of undeniable importance during Roman and Visigoth times. In spite of its strong tourist atmosphere, this white Moorish-style town has successfully retained the flavour and charm of a typical seafaring town.

Of the medieval fortifications, the town preserves canvases from its ramparts at the 16th century Puerta de la Villa, as well as a bastion used to fortify these walls. The coastal Watchtowers at Roche, Puerco and Castilnovo (16th-17th Centuries) were used to sight attacking pirates or invaders. And, lastly, the Guzmán Tower, built in the 14th and 15th Centuries, was part of the old castle and served as the nucleus around which the town was built.

Visitors should also try to visit the "Museo de Raíces Conileñas" and attend the fascinating fish auctions at the fish market in the town's fishing port. Conil is undoubtedly the ideal sun, sea and sand destination. It is one of the region’s most popular towns especially in the summer thanks to its luxurious surroundings. Covered in pine trees of different variety, left untouched, they grow all the way to beach. In addition to its famous pottery, one of the most representative of the province, this agricultural and fishing town can also be proud of its cuisine with delicious dishes such as; the morrillo de atún (tuna neck), el cazón en adobo (marinated dogfish), stuffed squid, cuttlefish with potatoes, el arroz con cardillos (rice with sausage), artichoke or tagarninas. 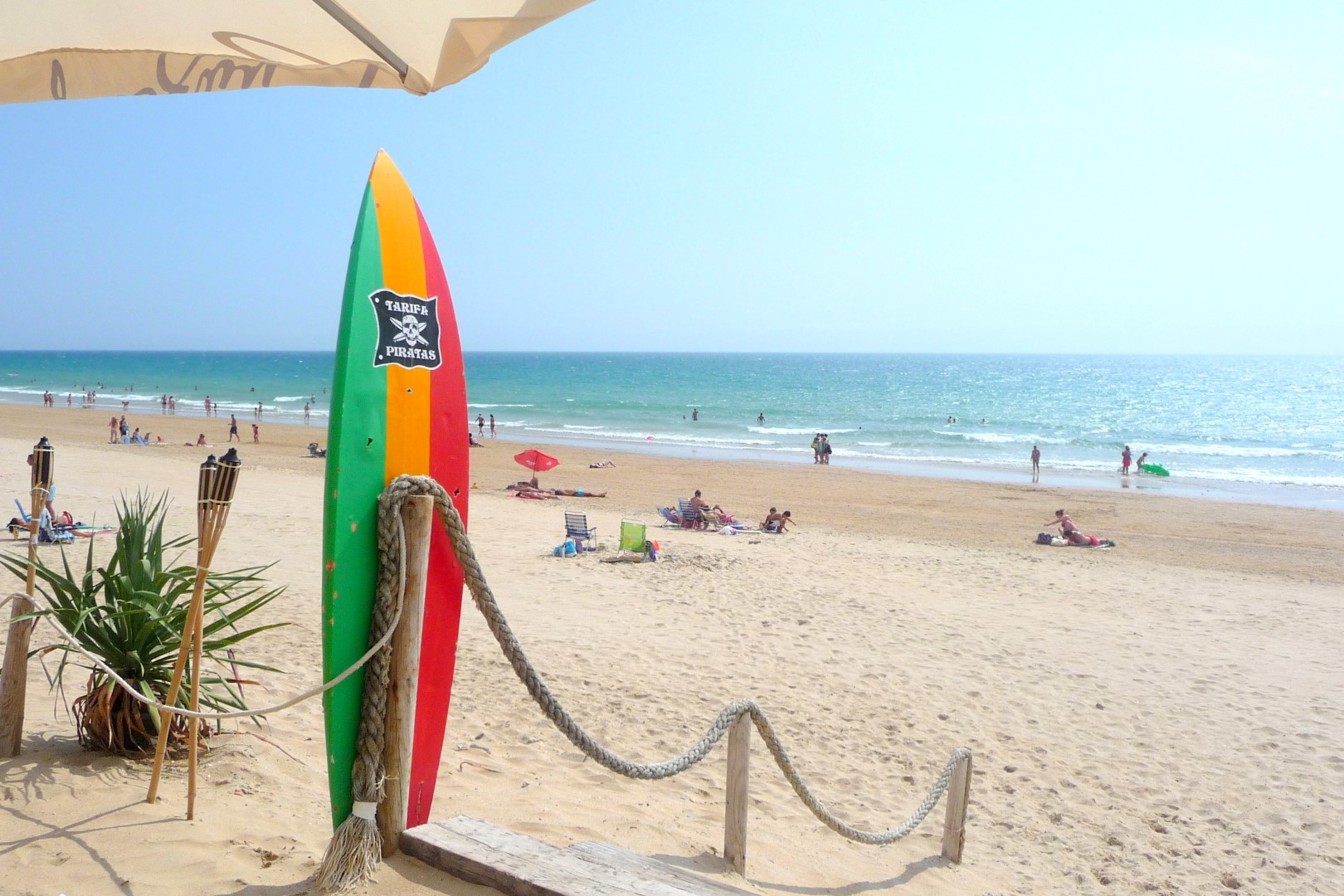 Conil's 14 km of coastline has fine white sand beaches for all tastes, with transparent waters ideal for practising all kinds of water sports in a spectacularly beautiful setting. The long Castilnovo beach lies on the left as you approach the town. Other beaches on that side of Conil are Los Bateles (which has numerous facilities, services, restaurants and bars), La Fontanilla,  El Roqueo and Fuente del Gallo, which are more secluded and inviting. The municipality also boasts many charming, paradisiacal coves at the foot of imposing cliffs.

The municipality of Conil has valuable natural spaces, the most noteworthy being the Roche and El Colorado Pine Forests.  These are home to numerous endangered species, including a large population of coastal junipers, or the "fartet" (Aphanius iberus), a small hermaphrodite fish found in the River Roche. 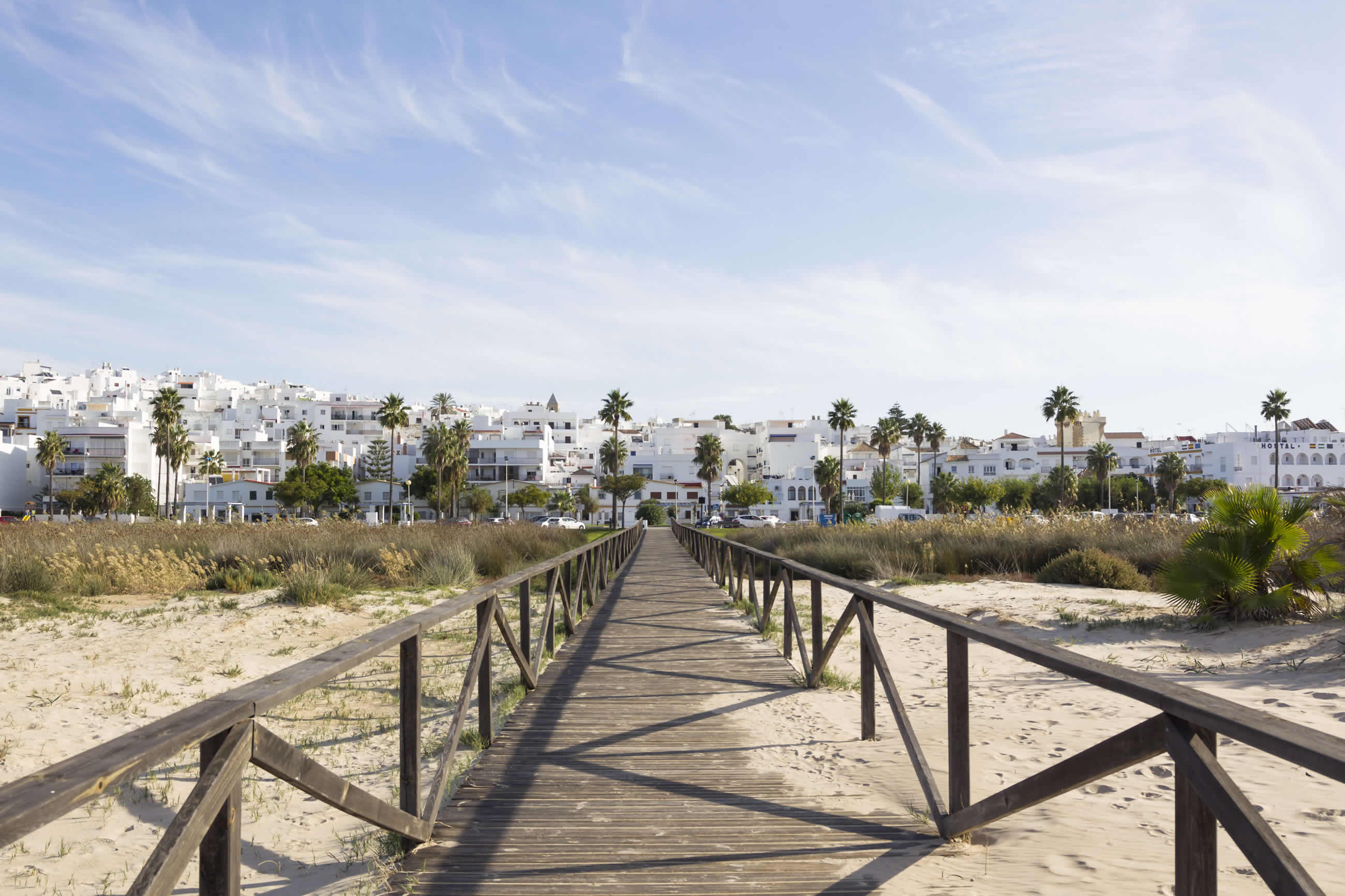 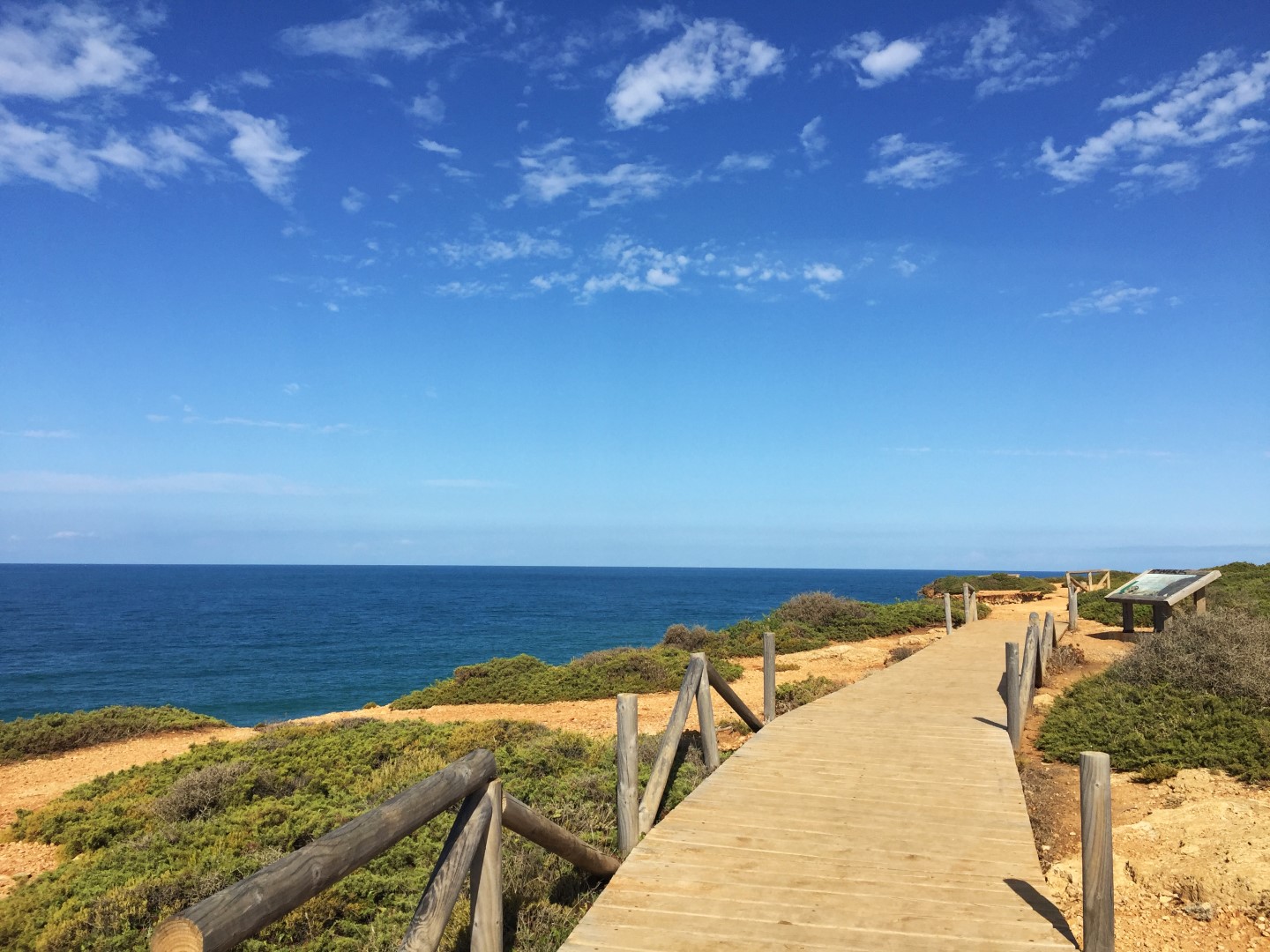 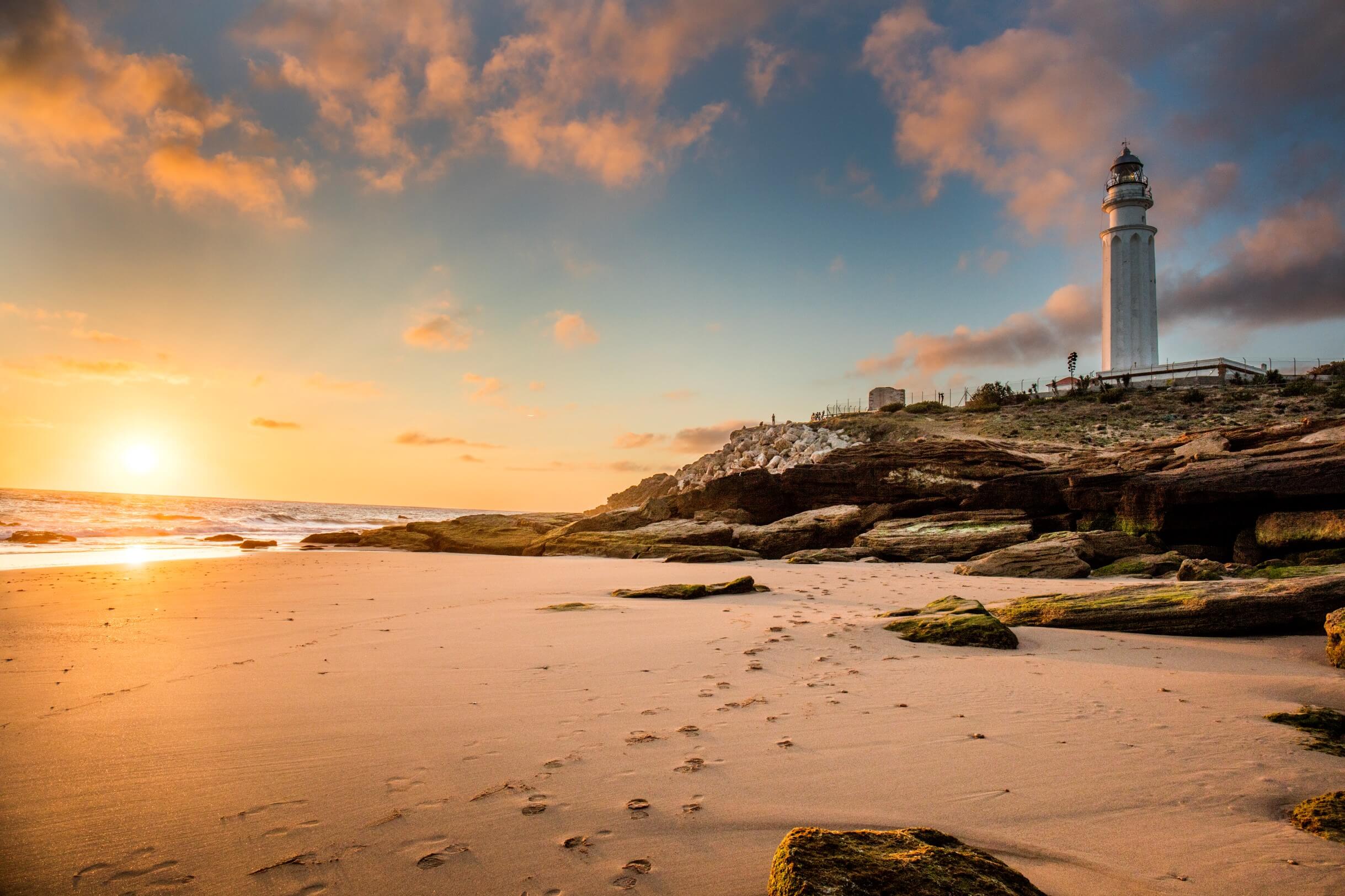 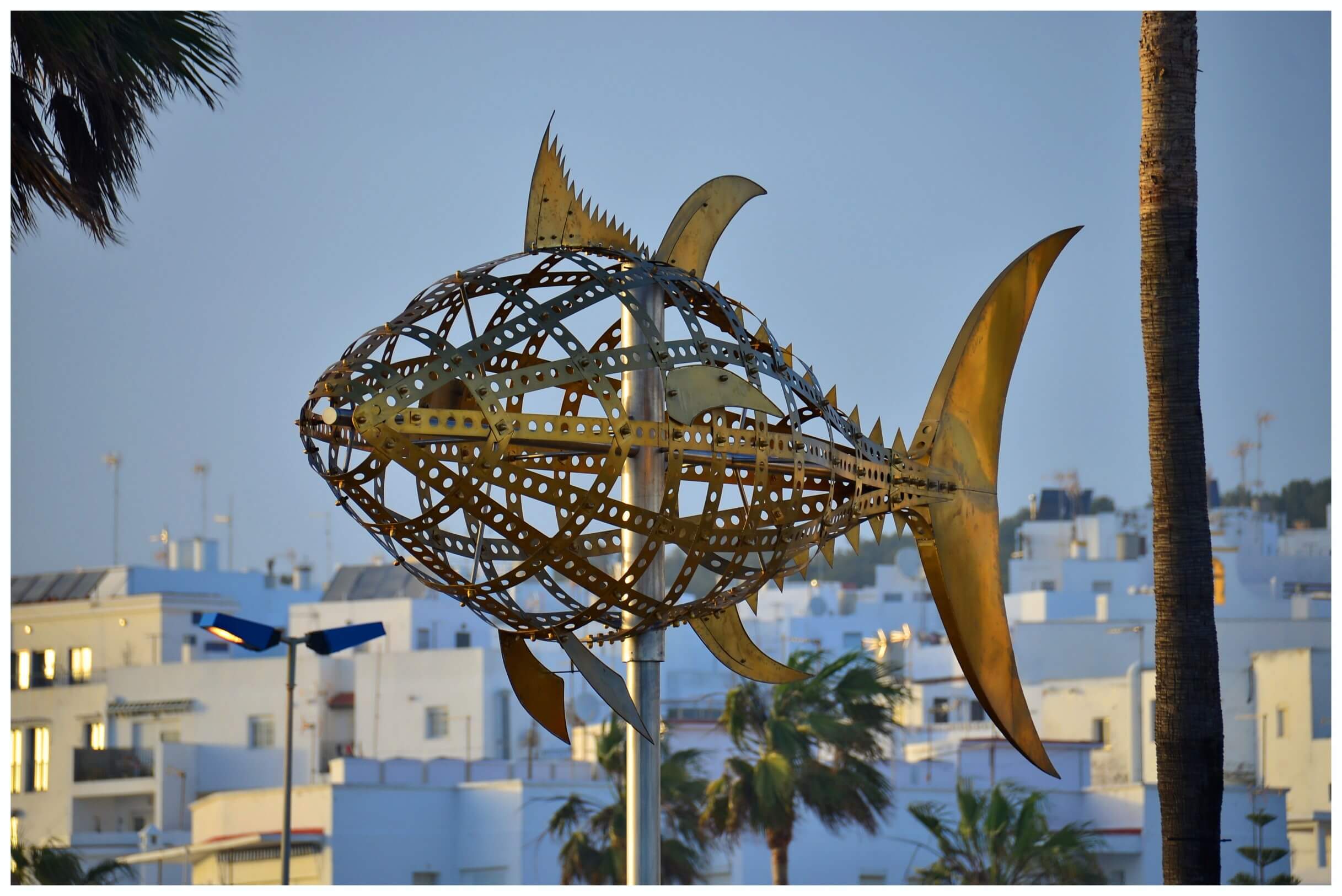